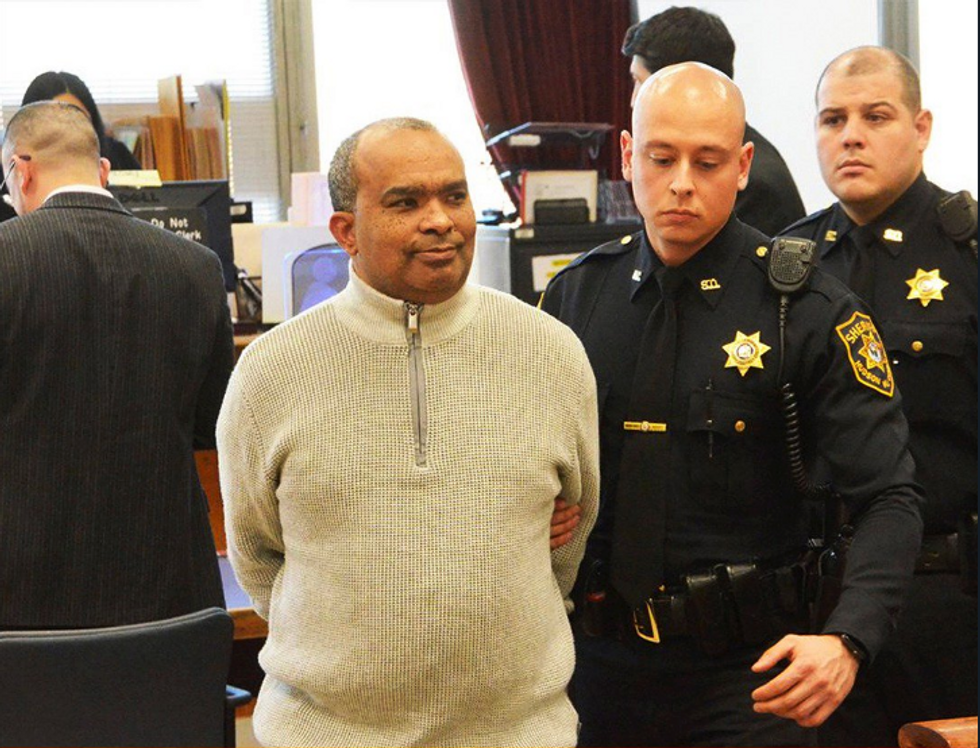 At a court trial on Wednesday morning a New Jersey man, 27, said Pastor Gregorio Martinez  prayed over him right before molesting him in 2009, reports NJ.com.

"He was well known in the United States and around the world," He said about Martinez. "He said God put him on this Earth to pray over us. He just wanted to pray over us. I looked to him as somebody who was a mentor, who was a guide."

The man testified vivid accounts of what Martinez did to him.

"I was pretty shocked and confused because of the way that he did it – he started with prayer," he said. "We closed our eyes and he would just go inside and grab me and start ..."

He said the pastor was concerned about his sexuality and would pray over his genitals.

"I thought this was actually the right thing to do -- pray over a body part if it was messing with you," he said.

Hudson County Assistant Prosecutor Andrew Baginski said: "Those who hold positions of authority in our religious community hold a lot of power that can be abused. "The evidence in this case will show that Gregorio Martinez used the power that he had to kiss and touch a young man's penis for his sexual gratification."

Martinez will face up to five to 10 years in prison if convicted. The case is scheduled to end Thursday.