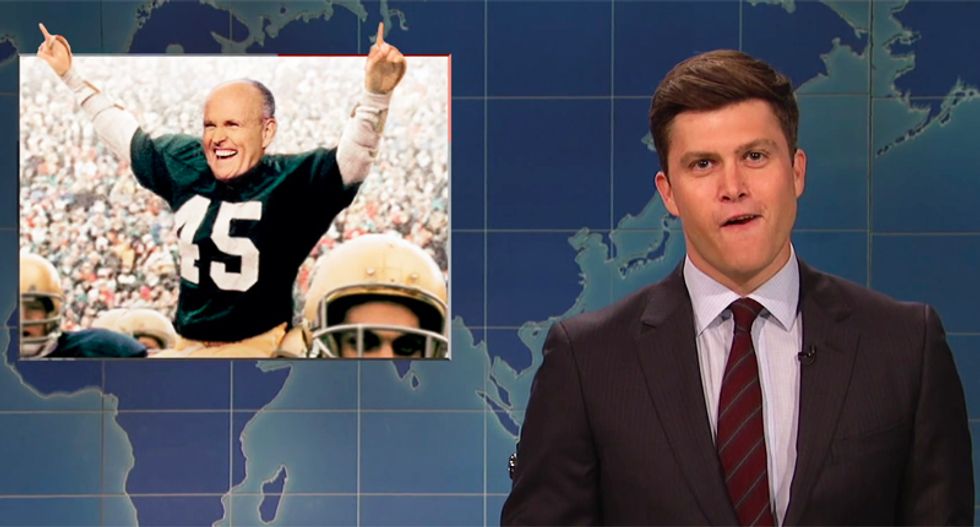 “Well, the clock might be running out on Trump’s presidency, so you know what that means: they’re finally putting in Rudy,” co-host Colin Jost smirked. “But instead of making a great play, this Rudy immediately tackled his own quarterback.”

“Dude, ‘funneled’ is not typically a word innocent people use when talking about money,” Jost explained. “No one says, ‘Yeah, my grandma funneled me five dollars on my birthday.’”

Co-host Michael Che then joined in the fun.

“I have a couple questions, like: What kind of billionaire pays for stuff in installments?” Che asked. “You’re the president of the United States, why are you paying for sex like it’s a NordicTrack?”

You can watch the video below via SNL: