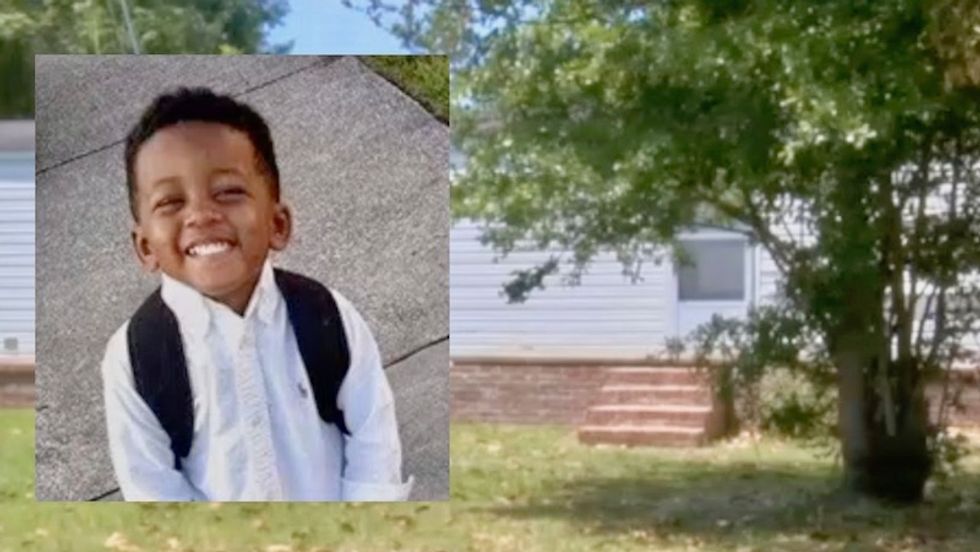 Aiden Martin, 3, who was killed/Screenshot

A South Carolina mom is demanding answers after her 3-year-old son was shot in the head and killed in what police are calling an "accidental shooting."

The boy, Aiden Martin, was with his father and visiting a trailer full of people on Saturday night.

Deputies are currently saying that the boy shot himself in the head.

"The father told deputies he was inside the trailer's living room when he heard a 'pop' approximately 10 to 15 feet away in the kitchen," according to a police report described by WCSC-TV. "The father looked in the kitchen and saw his son bleeding from the head, scooped him up and ran out of the trailer looking for someone to take them to the hospital."

The boy's mother, Arika Williams, is not buying it.

The father said he only knew one person in the trailer at the time of the incident and said a friend of his rents the trailer, the report states.

The boy's father was asked to be examined to see if he had gun residue on his hands and passed it.

Watch a local TV news segment on the story below.