Stephen Colbert rips Trump backers for defending Stormy Daniels lie: 'I could not have a lower opinion of Kellyanne Conway' 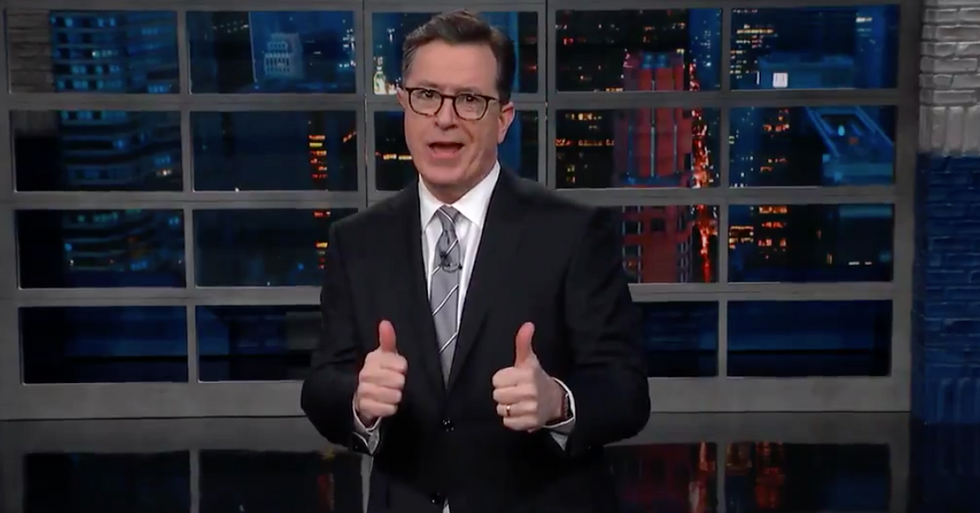 Stephen Colbert on Tuesday ripped Kellyanne Conway for defending Donald Trump even as the president continues to offer an inconsistent timeline on the Stormy Daniels payout.

“Of course it’s not easy lying for Donald Trump because Trump keep changing his story,” Colbert said Tuesday, noting the president claimed he had “no idea” about the money—despite claims by people close to him who say Trump know about the deal “months before he denied it.”

Conway on Sunday told CNN’s Jake Tapper that when the president claimed he has “no idea” about the Daniels payment, he mean he had no idea in 2016, when the money was originally dispensed.

“I think she’s saying that in 2018 Trump knew, but he was answering in 2018 as if it were 2016 when he didn’t know,” Colbert explained. “Let me respond to that not as current Stephen Colbert, but as the Stephen from before I saw that clip”

“I could not have a lower opinion of Kellyanne Conway,” Colbert said, adding, “that’s true now.”