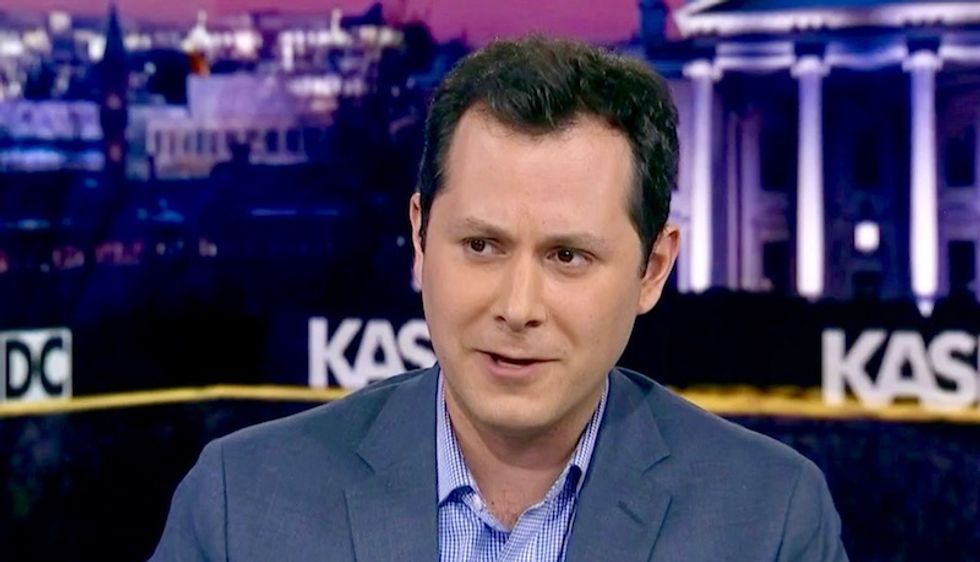 Why did Donald Trump, the self-professed "King of Debt" suddenly stop borrowing money and start paying for properties in cash?

That's the subject of a deeply reported Washington Post story that looked at the $400 million Trump spent buying properties in cash in the decade before he ran for president.

This was a dramatic break from his previous practice—and of what others do in a time of low interest rates.

"The question was why would you defy something that is basically at the core of his identity as a developer—he borrowed a lot of money," asked one of the story's authors, David Fahrenthold. "And the answer from the Trumps was, basically, they felt like it."

Eric Trump told the reporters that they liked to have businesses that churned out cash.

Sam Stein of the Daily Beast joined Fahrenthold on the segment and put a finer point on things.

Specifically, he wondered aloud whether this might be tied to money laundering.

"This is super weird," he said. "$400 million in cash just laying around to play with and buy golf courses is basically unheard of—especially when you can borrow money really cheap right now," he said. "I looked it up because money-laundering is a very specific legal definition and what we do not know is the origins of the money they had on.. you have to have criminally generated money put into something that looks legally appropriate. Who knows where this money came from?"