'This is taking an awfully long time!', says 104-year-old scientist before assisted suicide 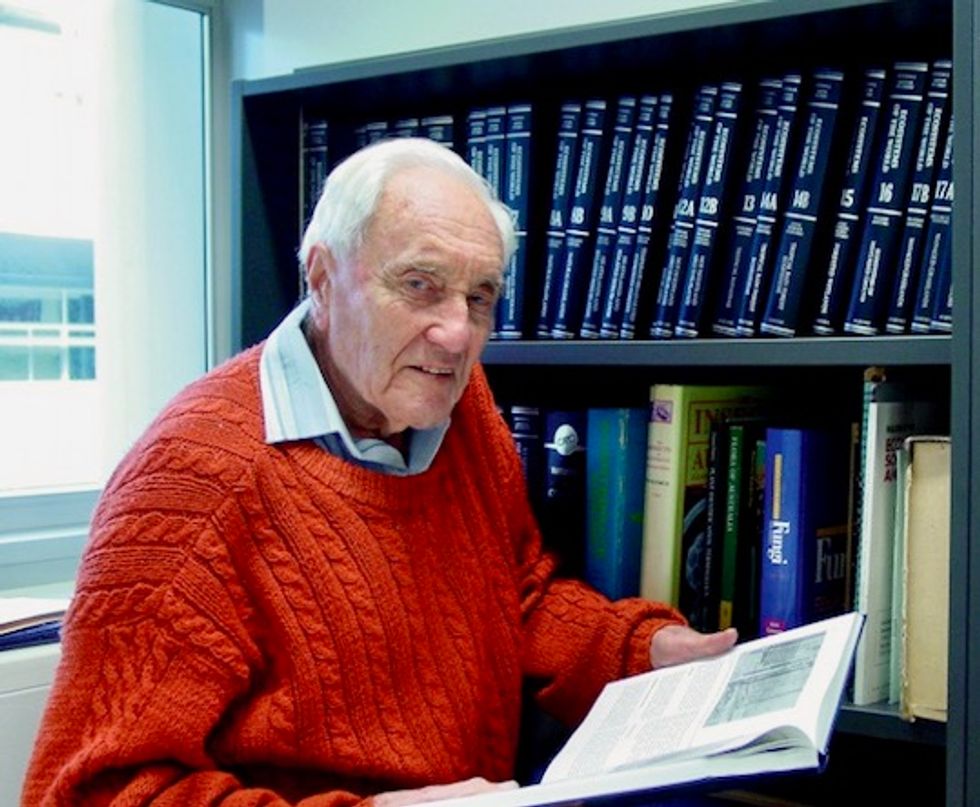 A 104-year-old Australian scientist killed himself in Switzerland on Thursday by lethal injection in an assisted suicide he hoped would trigger more lenient euthanasia laws in his home country.

British-born David Goodall, who was not terminally ill, personally triggered a lethal dose of a barbiturate and died at 1030 GMT in a clinic near Basel, the assisted suicide group Exit International said.

Goodall, a member of the Order of Australia for work as a botanist that included publications on arid shrublands, said he had unsuccessfully tried to kill himself in Australia after his faculties including his hearing deteriorated.

He came to Switzerland for its laws that have made assisted suicide legal since the 1940s, a legal curiosity that has made the country what some call a “death tourism” magnet.

“My life has been rather poor for the past year or so, and I am very happy to end it,” Goodall told reporters on Thursday, shortly before his death. “All the publicity that this has been receiving can only, I think, help the cause of euthanasia for the elderly, which I want.”

Physician-assisted suicide or euthanasia remains illegal in many countries, including Australia, though the state of Victoria became the first to pass a euthanasia bill last November to allow terminally ill patients to end their lives. It takes effect in June 2019.

Several family members were with Goodall until his death, which was preceded by formal paperwork that visibly frustrated Goodall, who said “What are we waiting for?”

His last meal was fish and chips, and Exit International director Philip Nitschke helped organize Beethoven’s 9th Symphony to be played at his death, a spontaneous request by Goodall prompted by a reporter’s question at a news conference on Wednesday.

“The infusion started to drip as he activated the process — he had to do that himself — after answering questions which said he knew who he was, where he was and what he was about to do, and he answered these questions with great clarity,” Nitschke told Reuters after Goodall’s death.

“In fact his last words were ‘This is taking an awfully long time!’ “ Nitschke said.

Goodall, a 20-year member of Exit International, was born in London in 1914 and moved to Australia in 1948, where he was a lecturer at the University of Melbourne. He also worked in Britain and held academic posts at U.S. universities, including at Utah State University in Logan.

There, news of his death prompted debate over his legacy, with some former colleagues suggesting his public suicide fit a personality that did not shy the limelight.

Others called Goodall a fine scholar who was well-liked.

“If I had been asked to provide my own comments on David Goodall, I would have said he is perceptive, brilliant and inventive,” said Robert Russon, a 30-year professor at the Logan school in a letter to the Herald Journal newspaper.

Before his death, Goodall said there were things he would have changed, had he to do it all over again.