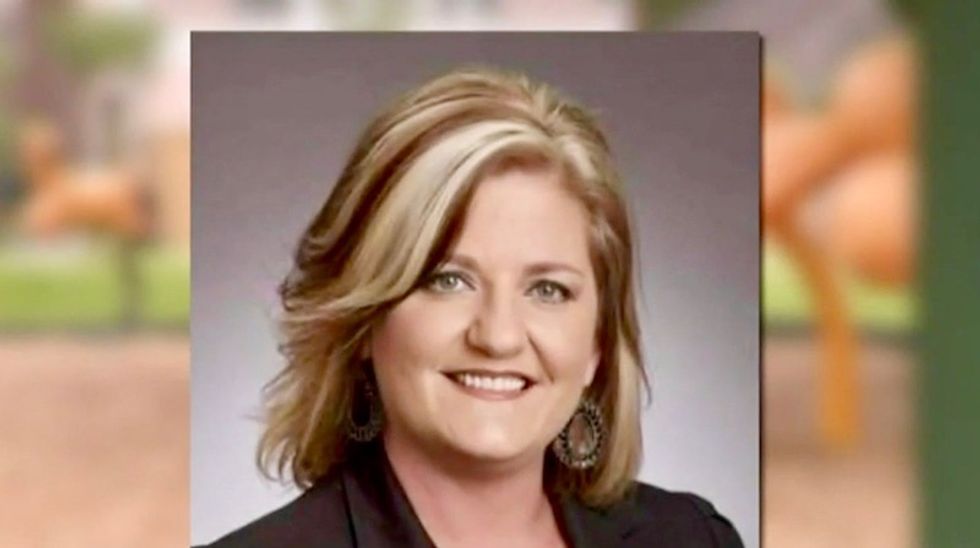 Principal Swearingen who made a racist joke/Screenshot

The principal at an elementary school outside Houston is apologizing for a horrific joke made about a special needs student, Houston's KPRC Channel 2 is reporting.

Ponderosa Elementary School Principal Shanna Swearingen was discussing a black student who has behavioral issues and has been known to run away from the school. She made a joke about calling the police the next time he ran to a group of staffers.

“We won’t chase him. We will call the police and tell them he has a gun so they can come faster,” he said.

Parents at the school are extremely angry, with some calling for her to resign or be fired.

"It's disgusting. That kind of comment is disgusting even if it was a joke how could you recant something like that?" parent Jessica Spoonemore said. "Children are getting killed by gun violence and that was very unnecessary and disturbing especially for an elementary school."

Others says she's a good principal and just needs to apologize and perhaps get sensitivity training.