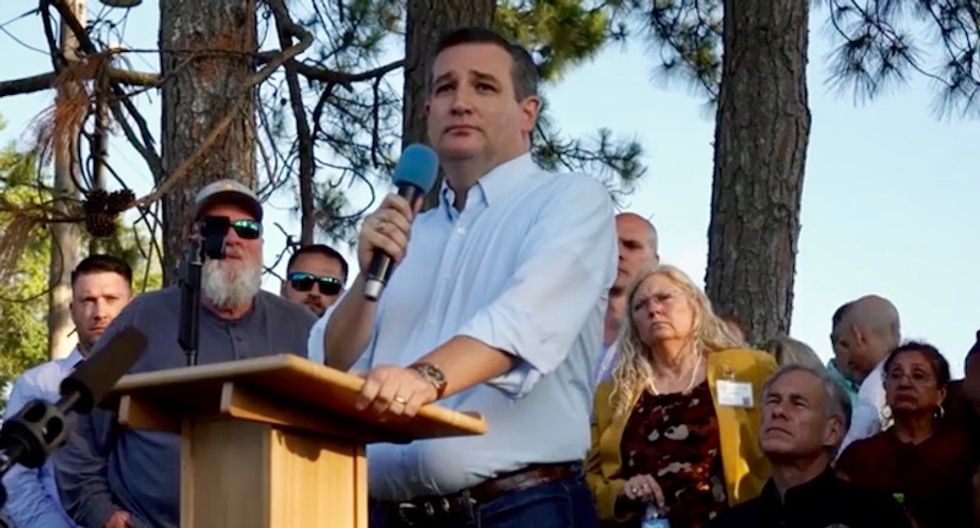 Senator Ted Cruz, a fierce opponent of any gun control measures, speaks to the community in Santa Fe, Texas/Screenshot

The Texas high school where 10 died considered itself a "hardened target," according to a new Washington Post report.

The Post reports that the school district made an active-shooter plan and had two armed police officers walking the halls of the building where 10 died. Last fall, the school made plans to have armed teachers and staff on site under a "school marshal program," which is a state initiative in Texas that the Post describes as "one of the country’s most aggressive and controversial policies aimed at getting more guns into classrooms."

"They believed they were a hardened target, part of what’s expected today of the American public high school in an age when school shootings occur with alarming frequency," The Post writes.

The Post quoted the school board president as saying that the system worked, as only 10 were killed by a shooter using a shotgun and pistol he took from his father.

“My first indication is that our policies and procedures worked,” Rusty Norman told the paper. “Having said that, the way things are, if someone wants to get into a school to create havoc, they can do it.”

The shooter, Dimitrios Pagourtzis, shot one of the two police officers in the school when confronted by him before talking to others.

Pagourtzis had reportedly planned to kill himself or die in a firefight but "chickened out."