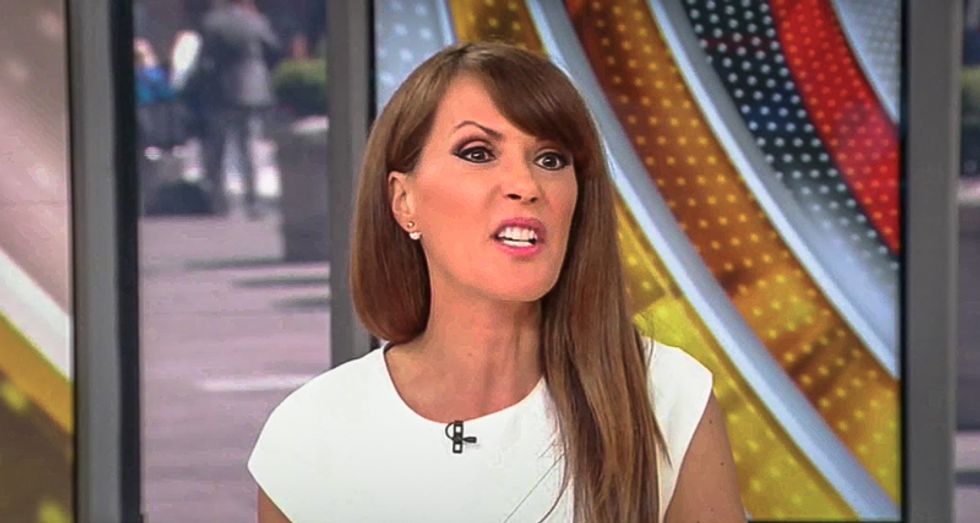 The hosts of the Fox News program Outnumbered on Wednesday mocked students who seek counseling over the political climate in the U.S.

After complaining that liberal arts universities are unfair to Republicans, Fox News host Dagen McDowell explained that some schools are offering counseling to students who are distressed by America's political divisions.

"I'm surprised that anybody identifies as a Republican and that they would be able to get a job at any of these schools," McDowell said. "Parents are paying a quarter to half a million dollars to educate their kids on which pronouns to use rather than teaching women science and math to get them a job at the end of the day. It's appalling."

"Did you drop a mic?" co-host Harris Faulkner quipped.

McDowell then turned to a graphic which said, "Snowflake U", and reported that Texas Tech is offering student counseling "to help deal with the current political climate."

Each line of the report read by McDowell elicited laughter from the other hosts.

McDowell seemed most outraged that the school is offering anti-racism classes to white people and that it's teaching "self-care in times of social unrest."

She also noted that the school only began offering the counseling after students requested it.

"I hope that the world feels complex and harsh," guest host Johnny Jones insisted. "That's where your survival skills come in and how we should live our life."

"I know what it's like to be born poor and living in a trailer," the retired Marine sergeant added.

Faulkner said that she hoped Jones shared his story because of the epidemic of school shootings. She observed that students "don't feel like they have an answer, an option, whatever it is."

"I hate to throw shade at Millennials because there are Millennials fighting wars right now," Jones opined.

"We're not [throwing shade], we're lifting them up," Faulkner argued.

Co-host Kennedy Montgomery suggested that schools are too liberal and that her kids will not be "prepared if society fell apart and they had to be self-sufficient."

"Stop with the hand motions, it's a micro-aggression," McDowell told Montgomery, mocking the students who need counseling.