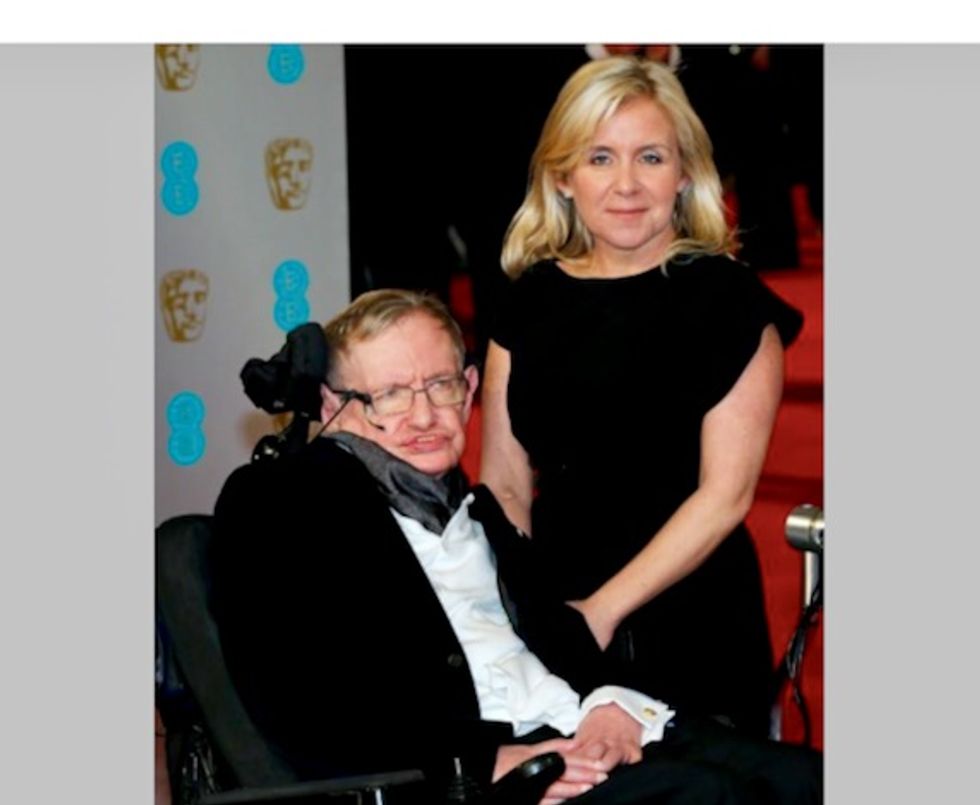 Stephen Hawking’s family have invited time travelers to his memorial service, seeking to tackle one of the curiosities that eluded the British physicist during his extraordinary life.

The world’s most recognizable scientist died in March aged 76 after a lifetime spent probing the origins of the universe, the mysteries of black holes and the nature of time itself.

Members of the public have been invited to apply for tickets to attend a celebration of Hawking’s life at a memorial service in Westminster Abbey on June 15 where his ashes will be interred alongside the graves of Isaac Newton and Charles Darwin.

Those wishing to apply have to fill in a form and state their date of birth, which can be any day up to the end of 2038.

The option to have a date of birth in the future was spotted by London blogger ianvisits who wrote on his site: “Professor Hawking once threw a party for time travelers, to see if any would turn up if he posted the invite after the party.

“None did, but it seems perfect that the memorial website allows people born in the future to attend the service. Look out for time travelers at the Abbey.”

Sarah Bridle, a professor of Astrophysics at the University of Manchester, told BBC Radio that Hawking, who was confined to a wheelchair for most of his life, had remained curious about the potential for time travel, even after his party in 2009.

“He was curious and he had a great sense of humor,” she said. “He said he combined his two favorite things, experiments and champagne to put on this party.”

Rebecca Gomperts, a 55-year-old Dutch physician, has spent years fighting for women's access to abortion around the world.

Made famous by her "abortion boat," as recounted in the 2014 documentary "Vessel," she and her Women on Waves group have anchored the ship in international waters off the coasts of Poland, Spain, Mexico and other countries, offering medical abortions to women otherwise unable to obtain them.

A smiling Queen Elizabeth II attended a Platinum Jubilee celebration at Windsor on Sunday, days after ill health and old age forced her to pull out of the opening of the UK parliament for the first time in nearly 60 years.

The 96-year-old monarch used a walking stick to make her way to the royal box at the show, entitled "A Gallop Through History", near her Windsor Castle home west of London.