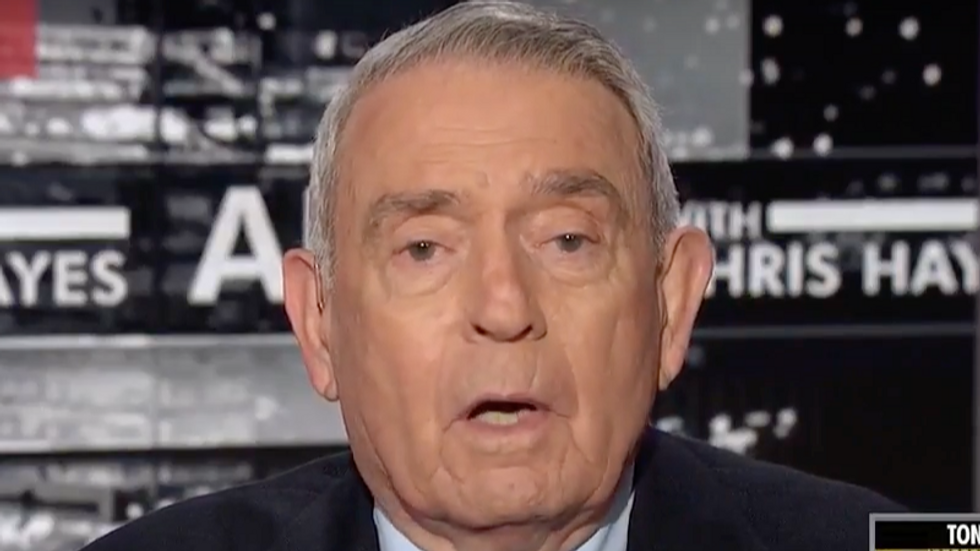 Former CBS anchor Dan Rather blamed President Donald Trump for the normalization of Roseanne Barr's racist tweets, but said that America is much stronger than Trump.

In an interview with MSNBC's Chris Hayes, Rather said that President Trump is not "winning."

"This perception that he's winning this battle for hearts and minds ... I for one do not believe it," Rather said. "What ABC and Disney did today, frankly, surprised me. They made a big money decision, it costs them a lot of money. They decided the right thing. They decided it quickly. They decided against their own monetary interests. And I don't think you could give enough credit to the corporate leadership."

Rather said that today was history making day.

"Maybe that's just a result of my optimism, but I don't think he won. We may look back on this day, as another turning point."