Tomi Lahren gets in nasty spat with Times columnist: 'Female empowerment isn’t wearing a vagina on your head' 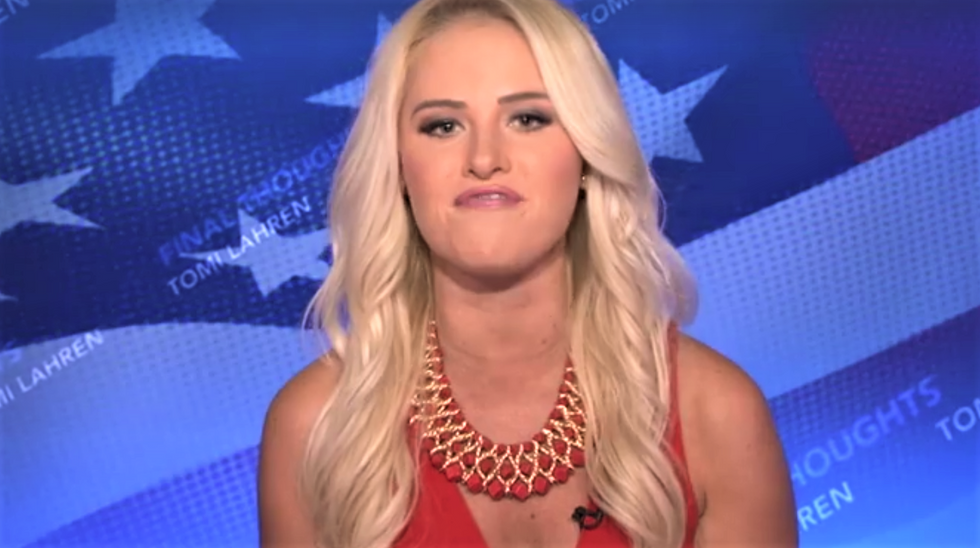 Conservative talking head Tomi Lahren has gotten into a nasty spat with a New York Times columnist who she accused of "lecturing" her on feminism.

The columnist, Jessica Valenti, has written six books on feminism and took on "The Myth of Conservative Feminism," in a just-published piece.

The piece explains basic concepts of feminism and then pushes back on Conservative women who've lashed out at other women for not supporting them. Among the examples were Sarah Huckabee Sanders saying any woman who did not support new CIA chief Gina Haspel because she oversaw torture and then destroyed tapes of that torture and Tomi Lahren, who "said that any woman who doesn’t support Ivanka Trump’s business because of her father’s policies isn’t 'really a feminist.'"

That line drew a fierce rebuke from Lahren, who said that "female empowerment isn’t wearing a vagina on your head & begging for free things."

The line about free things was immediately seized upon by Twitter users who mocked Lahren for railing against Obamacare while getting free health care through her mom until she's 26 because of the law.

In her piece, Valenti says real feminism is doing better than ever—but that it's important to push back on cynical misuse such as Lahren is fond of.

"Now we have a different task: protecting the movement against conservative appropriation," she writes. "We’ve come too far to allow the right to water down a well-defined movement for its own cynical gains. Because if feminism means applauding 'anything a woman does' — even hurting other women — then it means nothing."