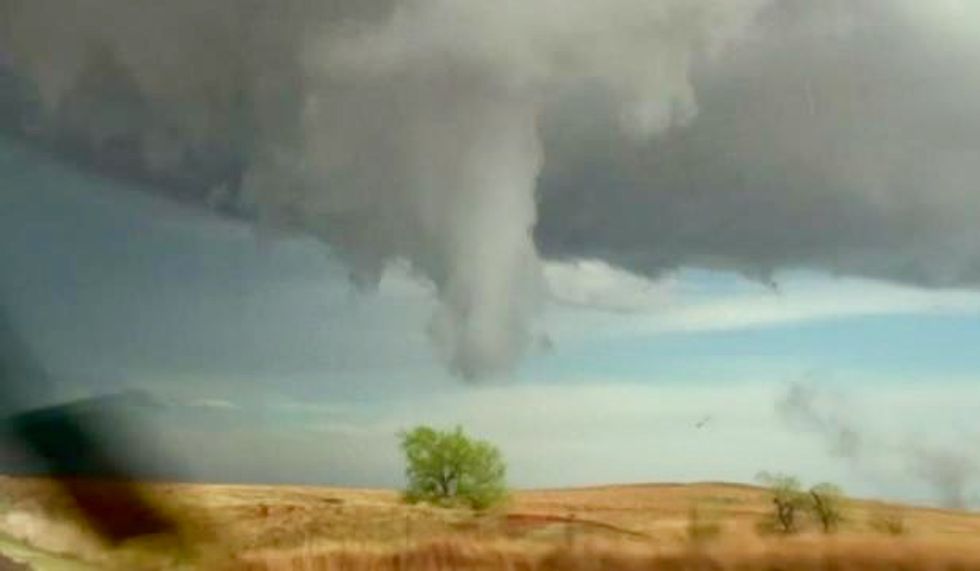 The tornadoes mostly hit Kansas and Nebraska where they snapped power lines and knocked down trees, but there were no immediate reports of major damage or serious injuries, authorities said.

“Confirmed tornadoes have been reported with storms impacting the state. Take warnings seriously and take shelter if placed under a tornado warning,” the Kansas Division of Emergency Management said on social media.

The National Weather Service issued a tornado watch into Tuesday night for large parts of Kansas as well as parts of Nebraska and Iowa.

Severe thunderstorms are expected across parts of the southern and central Plains into the middle Mississippi Valley on Wednesday, which could bring another round of tornadoes, it said.

“The tornadoes are being caused by supercell storms that are being driven by the strong wind shear,” said Chris Broyles, a meteorologist with the service’s Storm Prediction Center.