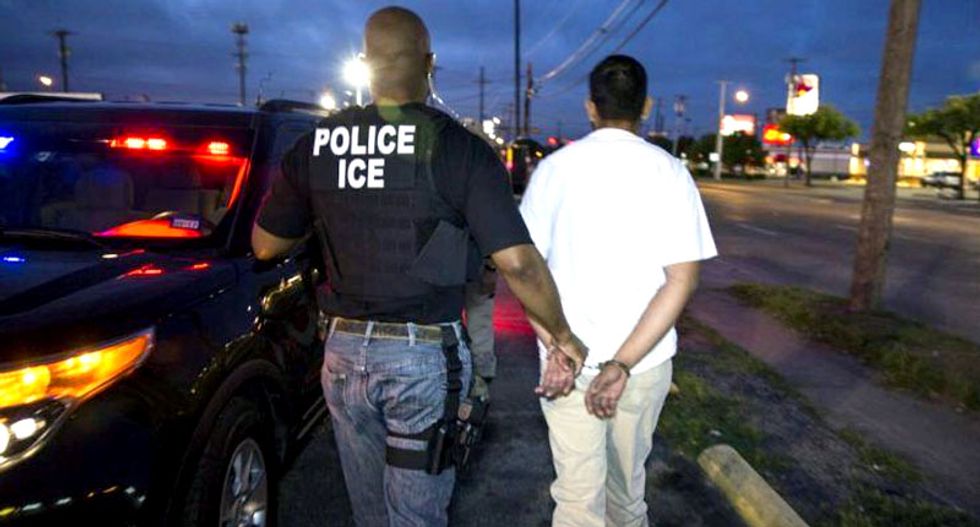 New York Times columnist Nick Kristof has written a new column about the Trump administration's new policy of separating immigrant children from their parents -- and he thinks that it's a sickening new low for the United States' treatment of vulnerable families.

"As a parent, as the son of a refugee myself, I find that in this case Trump’s policy has veered from merely abhorrent to truly evil," he declares.

In particular, Kristof zeroes in on a woman who was legally trying to claim asylum in the United States after she and her family fled gang violence in their native country of El Salvador.

Despite the fact that she followed proper protocols for seeking asylum, she nonetheless saw her 18-month-old son taken from her at the border.

"Granted, this does not happen to all who present themselves at the border and do not cross illegally; it seems arbitrary," he writes. "But even for those parents who commit a misdemeanor by illegally entering the U.S. -- because they want to protect their children from Central American gangs -- the United States response seems to be in effect to kidnap youngsters."

Kristof also takes the Trump administration to task for claiming that separating parents from their children serves as an effective "deterrent" for illegal border crossings.

"So what's next, Mr. President?" he asks. "Minefields at the border would be an even more effective deterrent. Or East German-style marksmen in watch towers to shoot those who cross?"