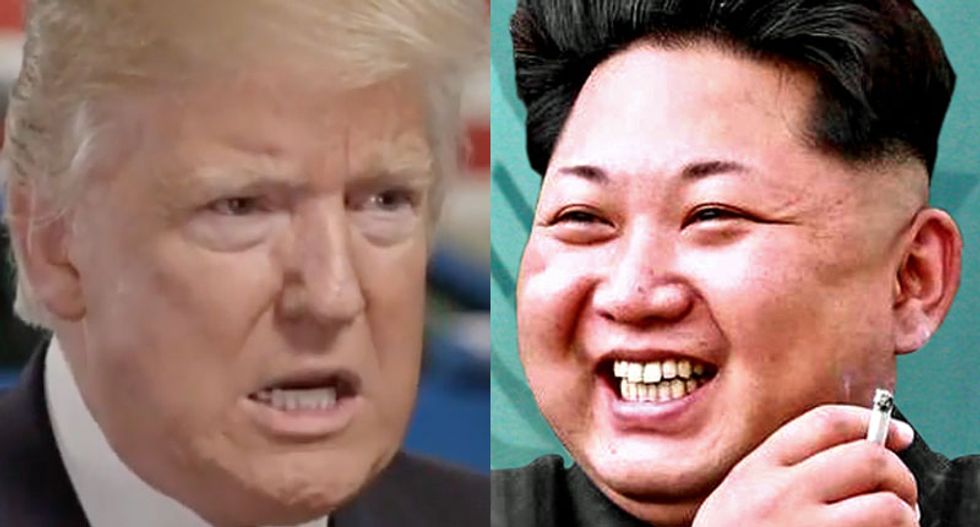 In a letter addressed to "His Excellency Kim Jong-un," President Donald Trump cancelled the upcoming summit between himself and the North Korean leader, citing the country's "open hostility" towards Americans.

"We were informed that the meeting was requested by North Korea, but that to us is totally irrelevant," the letter to Kim reads.

"I was very much looking forward to being there with you," it continued. "Sadly, based on the tremendous anger and open hostility displayed in your most recent statement, I feel it is inappropriate, at this time, to have this long-planned meeting."

"You talk about your nuclear capabilities," the president warned, "but ours are so massive and powerful that I pray to God they will never have to be used." 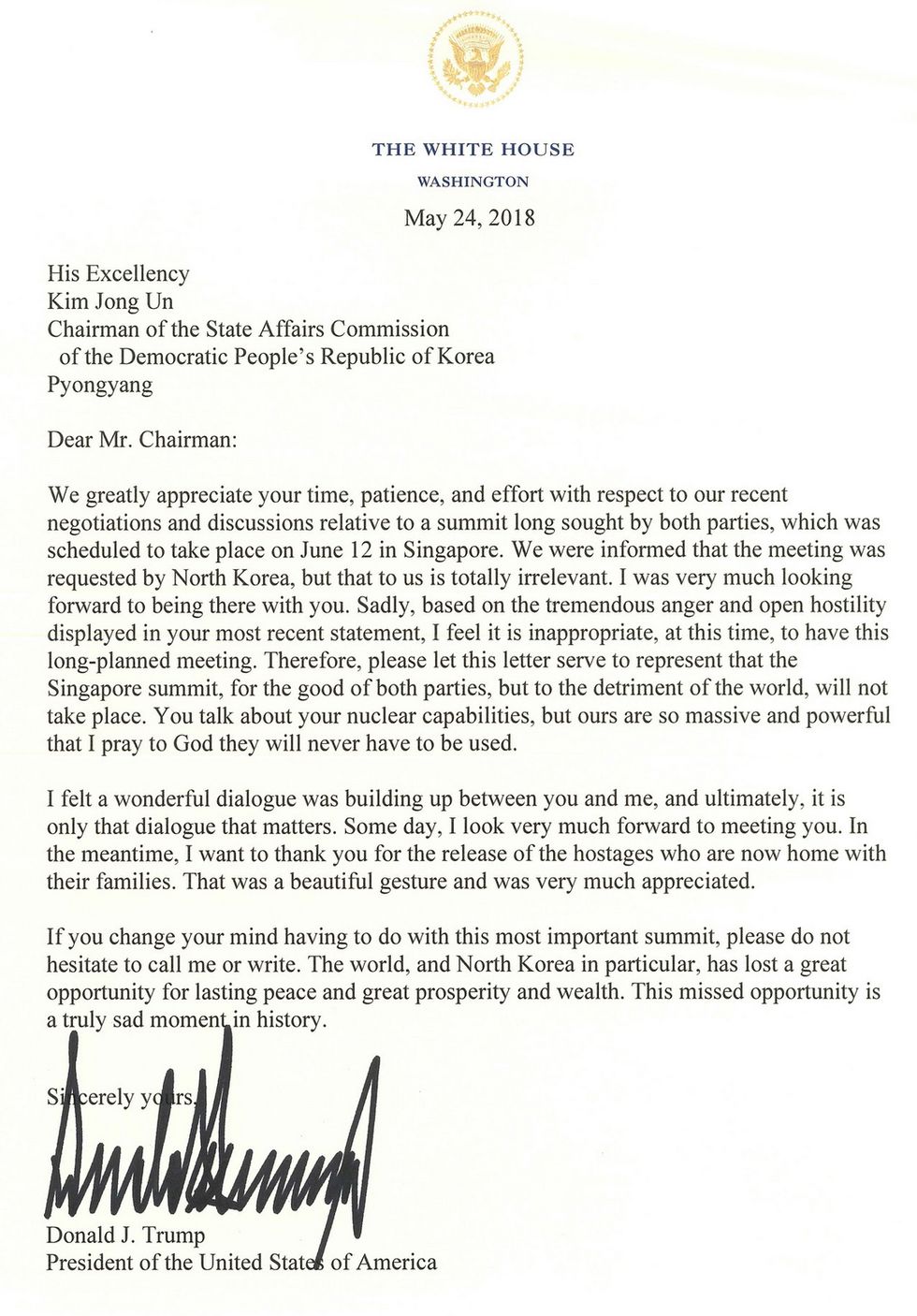