‘Trump Jr. may take the Fifth’: Listen as MSNBC panel breaks down the rest of Robert Mueller’s potential interviews 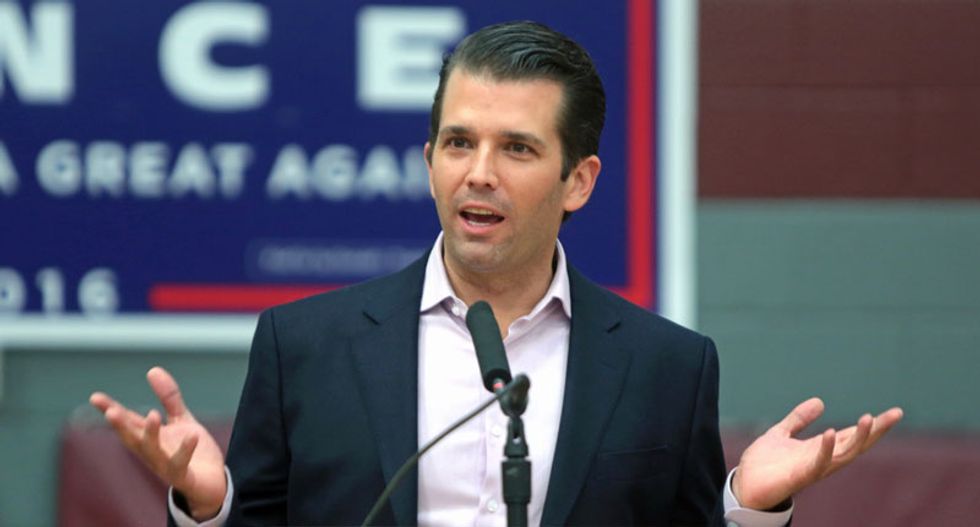 Donald Trump, Jr. may invoke his Fifth Amendment right against being a witness against himself in a criminal case rather than expose himself legally to an interview with special counsel Robert Mueller, former Deputy Assistant Attorney General Harry Litman explained to MSNBC anchor Katy Tur on Monday.

The anchor asked The Atlantic staff writer Natasha Bertrand who in Trump's "inner circle" had yet to be interviewed by the special counsel.

"Donald Trump, Jr.," Bertrand answered. "It seems like he will be sitting down with the special counsel, I'd be surprised if he didn't."

"Probably Ivanka," she continued. "There is a report recently that said that -- all speculation is, that he's saving Ivanka and Donald Trump, Jr. for last because he doesn't want to annoy the president."

"We haven't heard about Ivanka," Tur noted. "It's just rare that we hear her name come up in regards to this investigation."

"I mean, she was there for so many of the pivotal moments," Bertrand answered. she was there when the president decided to fire [James] Comey and, of course, she has been there every step of the way, even when it comes to what she knows about what her husband, Jared Kushner, was doing."

Vice President Mike Pence and political gadfly Roger Stone were also listed as not having been interviewed.

"I want to say one quick point," Litman interjected.

"I think all that's right but I was going to say, Trump, Jr. may take the fifth," he argued. "I think it's possible he won't get an interview with Trump, Jr."

"Everyone else, I agree with," Litman added.