Trump lashing out at Mueller's 'total bullsh*t' investigation and wishes Roy Cohn was alive to save him: report 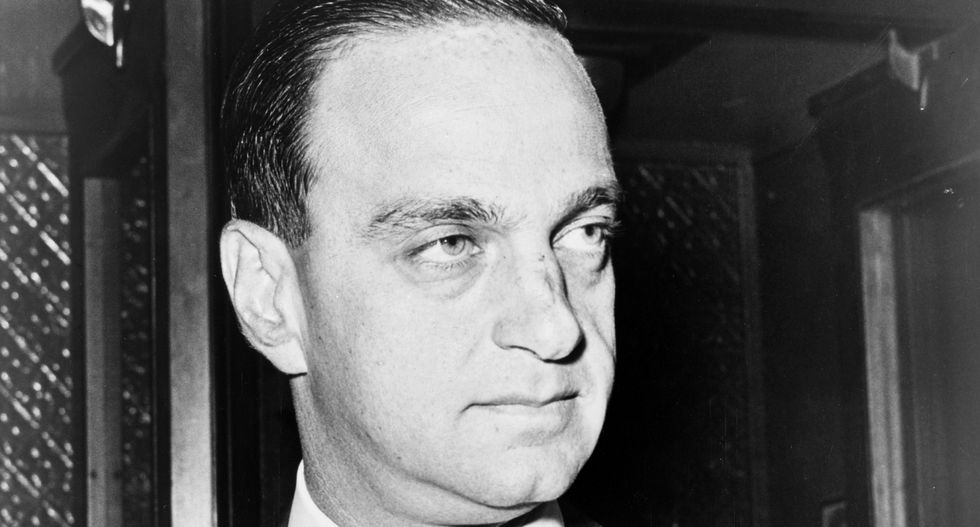 President Donald Trump is longing for a lawyer like Roy Cohn, the notorious chief counsel for Sen. Joseph McCarthy (R-WI) during the second Red Scare of the 1950s, The Washington Post reported Wednesday.

President Trump "has occasionally invoked his late attorney Roy Cohn, a hard-charging figure who taught him to punch back at enemies" The Times reported.

“It’s the theory of law — that if someone pushes on you, you push back three or four times harder,” an advisor said.

“You knew when you were in Cohn’s presence you were in the presence of pure evil,” lawyer Victor A. Kovner, who knew Cohn for years, told Vanity Fair.

“Tell them to go to hell and fight the thing in court and let them prove you discriminated,” Cohn advised Trump about a federal lawsuit on the night they first met in a Manhatttan nightspot.

Watch the 2016 CNN report on what Trump learned from Cohn: