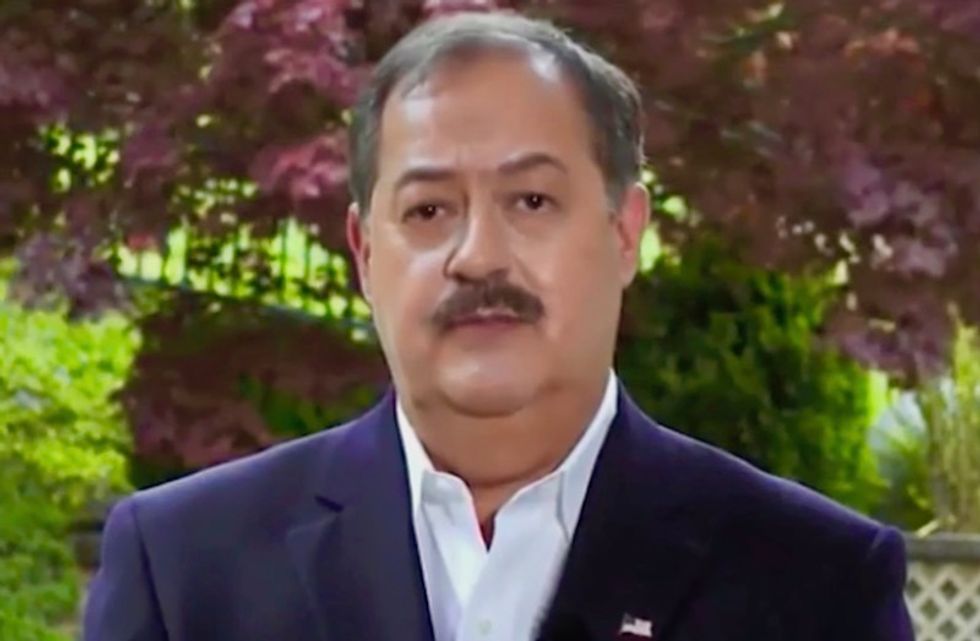 Republican West Virginia Senate candidate Don Blankenship is an ex-con who served a prison sentence for his complicity in the deaths of 29 miners who were killed in a 2010 explosion that followed his violation of safety standards.

Blankenship has been called "the worst candidate in America" and spurred think pieces about how he's "testing the limits of Trumpism."

And now Blankenship is running an ad targeting the family of Republican leadership. Specifically, he's running an ad that attacks Mitch McConnell for his ties to "China people" through his wife Elaine Chao, who was born in Taiwan and whose parents are Chinese.

“While doing so, Mitch has gotten rich,” Blankenship says. “In fact, his China family has given him tens of millions of dollars.”

When asked about his racist ad, Blankenship defended himself by saying that the ad did not target a race—and used a word now regarded as a racial slur do so.