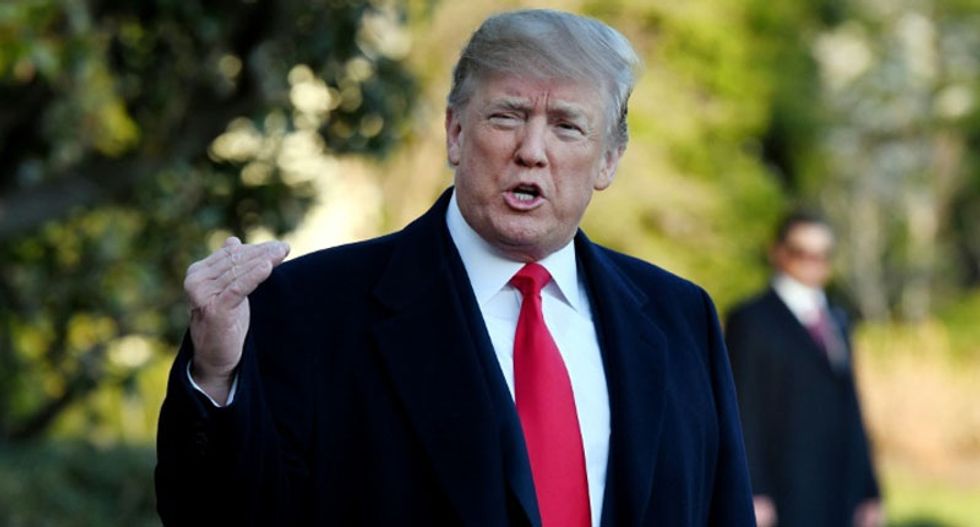 President Donald Trump and conservative Republicans in the U.S. Congress were edging away on Monday from a threat to pick a new budget fight with Democrats, with the White House expected to propose spending cuts much less severe than previously planned.

Trump’s budget “rescissions” will likely encompass cuts in the range of $11 billion to $15 billion, said senior aides, well short of the $60 billion in reductions Republicans floated a few weeks ago.

The White House scheduled a briefing on the plan for reporters later on Monday.

The pull-back comes after party elders, including Senate Majority Leader Mitch McConnell, warned against cuts that would unravel a two-year budget deal enacted with the help of Democrats in February.

McConnell and aides were not immediately available for comment on the latest White House approach.

Even the reduced cuts could antagonize Democrats, whose votes will be needed in months ahead to help pass bills to keep the government running in the fiscal year starting on Oct. 1.

The White House suggested this week’s rescissions could be the first in a series.

The conservative group Americans for Prosperity, backed by the billionaire industrialist Koch Brothers, on Monday floated spending cut proposals totaling around $45 billion. Most reductions were aimed at non-defense spending, including nearly $1.5 billion in child nutrition programs, $700 billion in student grants and $2.2 billion in international disaster aid. Such spending programs are typically defended by Democrats.

Washington was consumed for much of 2017 by fiscal infighting that pitted conservative Republicans against moderates in their own party and Democrats, with the federal deficit and national debt soaring in the background.

As November’s congressional elections approach, all sides have an interest in a truce that would let lawmakers focus on running for reelection in their home states, while putting a lid on long-standing fiscal disputes for a few months.

Democrats in the House and Senate were withholding judgment on Trump’s scaled-back cuts, pending more details. The cuts were expected to be aimed mainly at deleting federal funds that have been sitting unspent for a few years.

Some lawmakers worried that some of the unspent money is still needed, such as funds earmarked for fortifying U.S. coastlines against hurricanes. That money was enacted after Hurricane Sandy in 2012.

McCarthy is hoping to replace House Speaker Paul Ryan next year. To do that, McCarthy would need the support of conservative House Republicans, who spoke last month of taking an “aggressive” approach to budget rescissions.

That has rankled Democrats. They noted that they opposed tax cuts Republicans enacted in December that have ballooned federal budget deficits in recent months and were projected to add at least $1.9 trillion to the $21 trillion national debt.

Massive increases in defense and non-defense spending agreed to in March by both parties will add $1.3 trillion more to the debt.