After two decades in Congress, Paul Ryan insists: 'I've supported term limits since the day I got here' 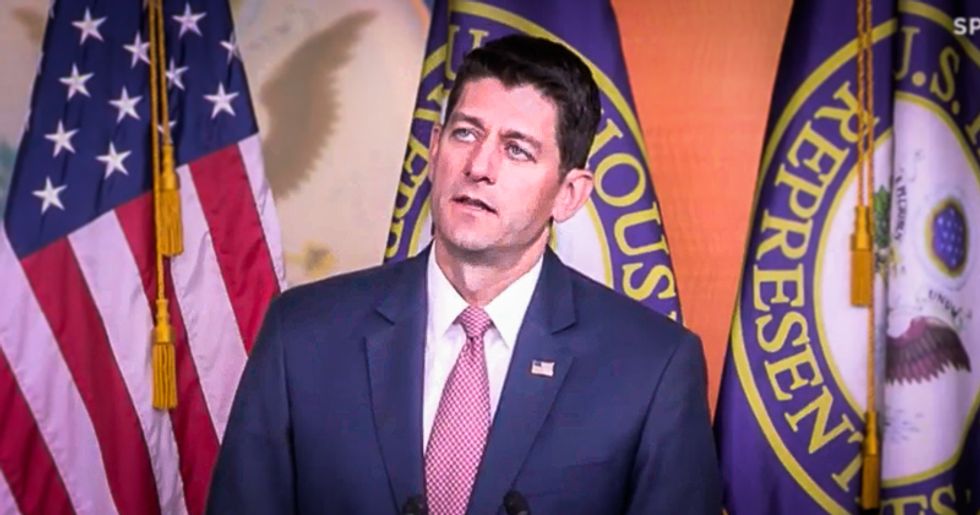 House Speaker Paul Ryan (R-WI), who has spent nearly two decades in Congress, claimed on Thursday that he has supported term limits "since the day I got here."

During the Speaker's weekly press conference, a reporter asked the longtime congressman if he was in support of term limits for freshman lawmakers.

Ryan, who is retiring this year, did not explain why he spent 19 years in the U.S. House of Representatives without limiting his service to fewer terms.