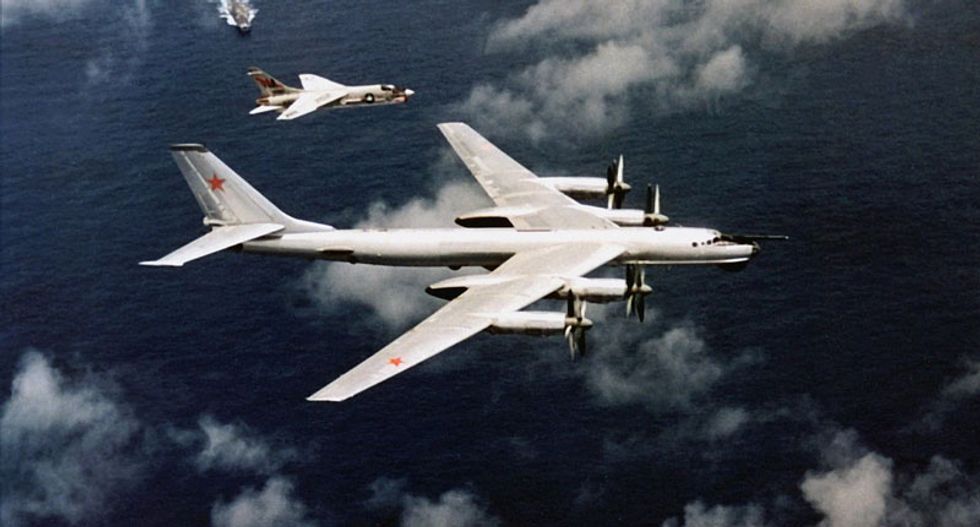 Russian bombers TU-95 and TU-142 were escorted by two F-22 fighter jets in international airspace for 40 minutes, the RIA news agency cited the Russian Defence Ministry as saying on Saturday.

The U.S. fighter jets did not get closer then 100 meters to the Russian bombers, the Russian military was quoted as saying.