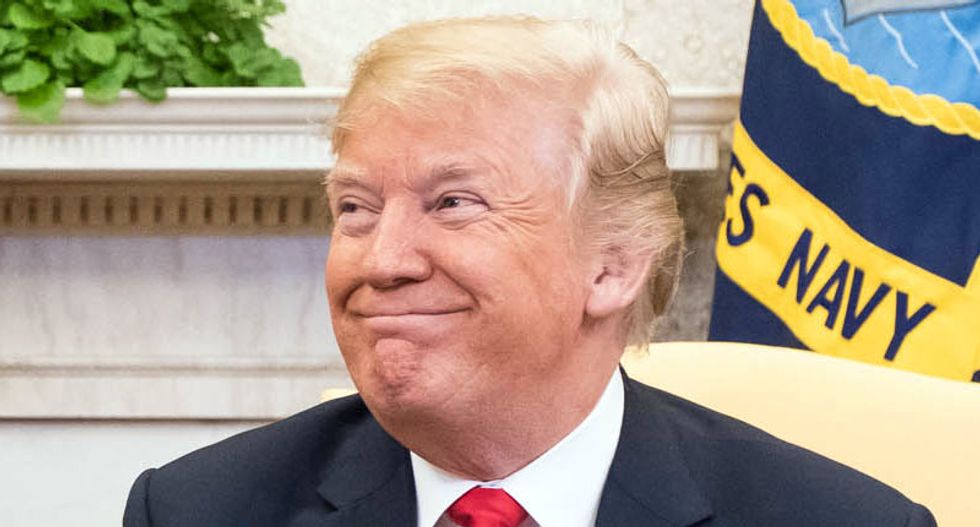 Google the words “Trump” and “legitimacy.” As of this writing, there are 686,000 hits, including articles from the New Yorker, Vox,US News and World Report, Politico, the Washington Post, Real Clear Politics, and the Atlantic,each challenging or reporting on the political legitimacy of Donald J. Trump. But concerns about legitimacy aren’t one sided. Googling “Robert S. Muller,” often cast as an opposition figure to Trump, and the word “legitimacy” will yield 1,070,000 hits, including articles from the Washington Post, the Washington Times, Huffington Post, the Los Angeles Times and the New York Times. The shocks of the 2016 election still reverberate and one who lives by social media alone might believe that the United States now faces a crisis of political legitimacy.

Are we in a crisis of political legitimacy? In a word, no. Legitimacy is a bottom up phenomenon derived from a nexus of public expectations and state performance. U.S. political legitimacy is not only intact but, consistent with our mandated biennial elections, is nowrelegitimating. The vast majority of voters discomfited by Trump’s election seem focused on persuasion, litigation, voter registration, mobilizing voters, and fundraising for the midterm elections. In short, political unhappiness will be registered at the ballot box.

And yet, there is a legitimacy crisis in the Age of Trump. It’s just not what most political partisans think that it is.

For most Americans born after 1945, crises of political legitimacy were mostly “over there.” Geography reminds us: Korea, Vietnam, Panama, the Warsaw Bloc’s dissolution, Afghanistan and Iraq. Our forebears were more familiar with political legitimacy crises, having lived through Shays’s Rebellion, the Articles of Confederation’s failure, the Whiskey Rebellion, the Compromises of 1819 and 1850, and the godfather of American political illegitimacy, the Civil War. Questions about domestic political legitimacy crested with the disputed 1876 Hayes-Tilden presidential election and remained dormant for the next 124 years.

But then came Bush vs. Gore. That election is worth revisiting for insights about today. Bush vs. Gore generated an immediate but short-lived and relatively mild legitimacy crisis. But its longer-term effects have lingered. It injected into mainstream discourse the very possibility that a modern American election could produce a crisis in political legitimacy. And while accusations of voter fraud are bipartisan evergreens, the 2000 contest had a different twist: elite fraud. Many voters believed that shadowy Republican operatives had corrupted Florida’s vote. And when the Supreme Court decided Bush vs. Gorein favor of the former, some voters believed that the rule of law was a smokescreen behind which the Bush family and/or senior Republicans had influenced justices who were Republican appointees. The supposed “fixers” were all elites.

The ghosts of Bush v. Gore still haunt us, only today they’ve become more numerous and scarier. Now the roles of secret vote riggers and corrupt justices are filled by shadowy Russians and false flag propagandists; what differentiates 2016 from 2000, is that winners have joined the losers in the manufacture of hypotheses: for many Trump supporters it is “deep state” colluders who worked to defeat candidate Trump, and failing at that, sought to cripple his presidency. Multiple investigations are ongoing but the fact that these narratives are widely believed matters to any legitimacy assessment, because one symptom of low trust and fragile legitimacy societies is the mainstream acceptance of conspiracy theories as explicators of major events. Ask any scholar of the Middle East.

What we now face is a crisis of social legitimacy. This predates Trump. The thread connecting the invasion of Iraq, the ’08 Meltdown, Too Big To Fail, scandals with Fast and Furious, IRS politicization, unhappiness with Obamacare, claimed FBI, CIA, and DOJ election interference, FISA warrant abuse, and #MeToo—these crises are all different, but fairly or not, many Trump supporters have fixed the blame on what they see as a failing elite. Likewise, and for different reasons, many elites blame the public, which they see as a retrograde, unwashed mass. This amounts to a reciprocal failure of social legitimacy. Elite epistemic failure was demonstrated again by the shock of many that Trump was elected at all. This was produced by a failure in democracy’s “feedback loop” whereby governors need to understand the needs of the governed.

There are two takeaways on Trump and legitimacy. First, Trump came in as self-appointed disrupter. Historical precedents are ample: Andrew Jackson’s attack on “eastern bankers,” Teddy Roosevelt’s role as trustbuster, and FDR’s campaign against “economic royalists.” All represented efforts to delegitimize certain elites. What differentiates Trump is his targeting of the entire elite class, both Republicans and Democrats, political, media, bureaucratic, and academic leadership. The attacks work because they tap many Americans’ preexisting beliefs that incompetent or self-dealing rulers have led them into a series of disasters with little accountability.

Second, while elite opponents of Trump may denounce him as a Mussolini or authoritarian, supporters see him as a latter day Tribuni Plebis,Tribune to the People, the ancient Roman protector of the plebeians. It is this better analogy that explains why Trump’s base remains intensely loyal, despite severe and ongoing media attacks.