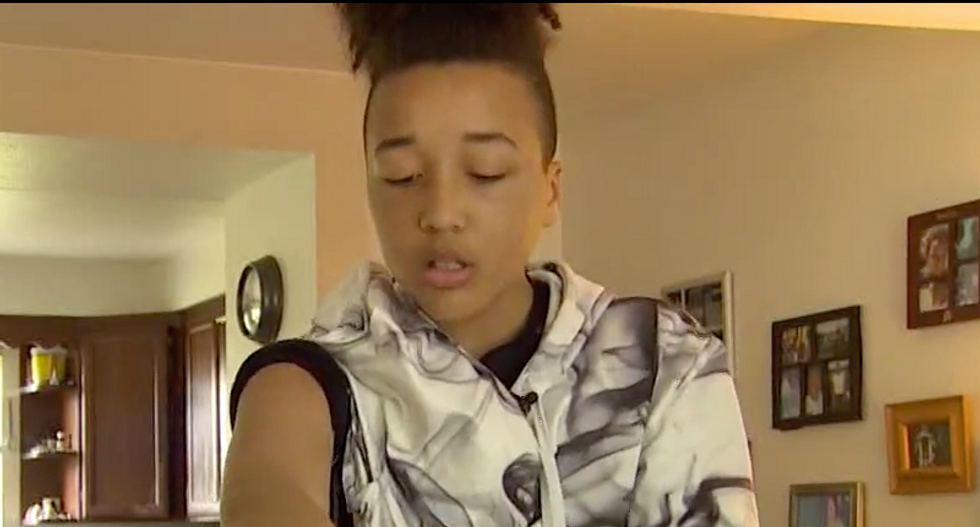 Isaiah was stabbed in the arm at school with a pen. (screengrab from video)

A Washington mom is refusing to send her son back to Sedro-Woolley's Cascade Middle School after a student stabbed him in the arm and called him the N-word, according to KGW 8 News.

Kimberly Minkel says her son, Isaiah, was stabbed six times in the arm with a pen during school.

"I'm keeping him home because I feel it's unsafe for him to go back to school,"  Minkel said. "As a mother, watching this, it's heartbreaking."

Isaiah has autism and said the students at the school have harassed him with racial slurs.

"I felt uncomfortable every time they said it. I just feel scared. I feel like he's going to threaten me again," he said.

The boy who stabbed Isaiah has not faced any disciplinary actions. The school suggested that both parties go through racial sensitivity training. Minkel is planning on pressing charges.

Minkel wants that school to take further action and treat the situation has a hate crime.

"It starts with a pen one day. It goes to a knife the next day. Then someone brings a gun to school and we have a school shooting," says Minkel. "This is an intentional act of racial violence. This is serious."