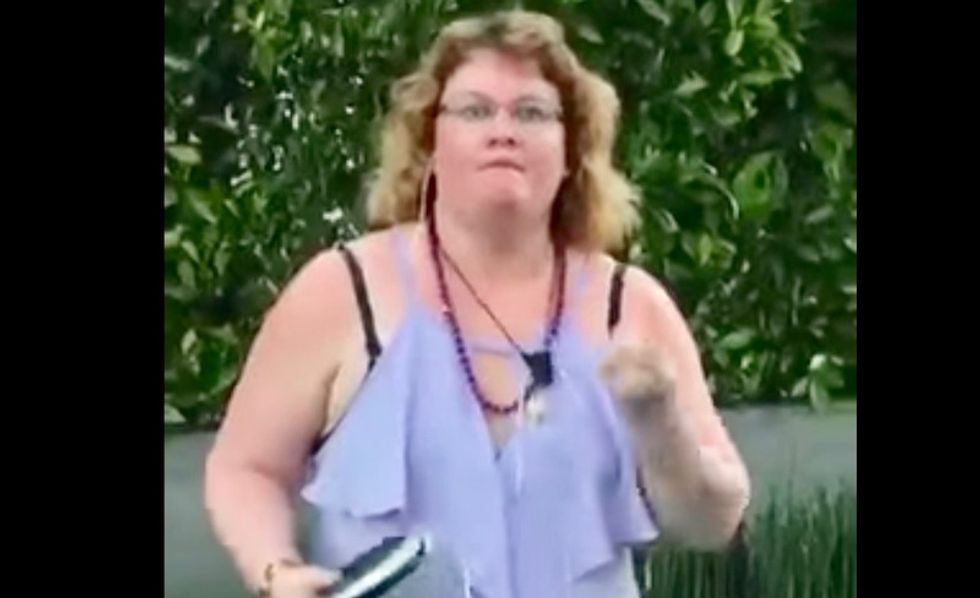 The woman who confronted Sean Buffington/Screenshot

Los Angeles man Sean Buffington was out for a walk when he encountered a white woman who he said profiled him.

The two exchanged words, and so he decided to speak the Gospel to her—while filming as she became increasingly irate.

"My father has many mansions, how about that?" he said. "Lady, you're carrying a CD player—and you got money, girl?"

Buffington continued to pursue the woman down a public street, as is perfectly legal. He spoke in tongues at points, coaxing the devil out of her. She became increasingly irate, screaming at him to "get away!"

"You go on, be great with your lavender!" he says.

"You're distressed," he said.

"Get away from me! Just leave me alone!" she yelled.

"You hold on to God, his unchanging hand," Buffington said, calmly.

"This dude is honestly my hero, how are you supposed to win an argument with a dude coming at you with bible quotes and positivity," wrote one commenter. "Half way through my dude started speaking in tongue #legend﻿."