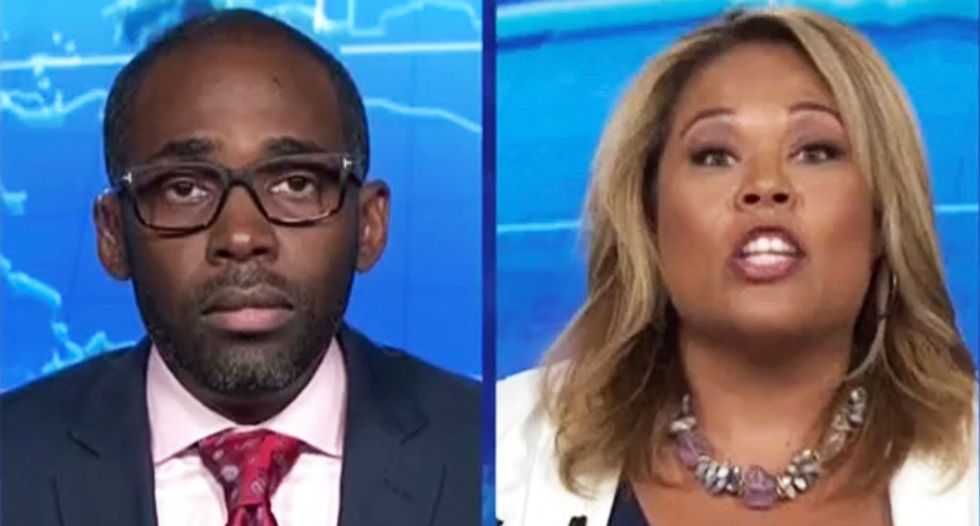 Dennard said that the joke was well meaning because McCain won't be on the floor to vote and that's why Sadler said “he’s dying anyway.”

He also said that the White House does not have a responsibility to apologize on Sadler's behalf.

"I don't think it was said as a joke. They were talking about the nomination of the new CIA director and they were bringing up different things from a communication standpoint. Someone brought up the fact that the senator had not been in support -- essentially saying what difference does it make because he is not coming to D.C. To vote yes or no. So we don't have to worry about responding to the senator," Dennard said.

Setmayer did not take this comment well, and called the White House "shameful" and said that Sadler should have been "fired on the spot."

"She is a representative of the White House and to suggest otherwise is disingenuous and it was callous. That kind of tone is set from the top and we know this. Donald Trump has made multiple comments, disparaging comments about John McCain,"  Setmayer said.

She continued: "He has no respect for John McCain's service. He is an American hero. Donald Trump is a coward and he doesn't have anywhere close to the level of courage. For this White House to dismiss a comment like that of something to disrespectful is indicative of how far we have fallen and it is shameful."