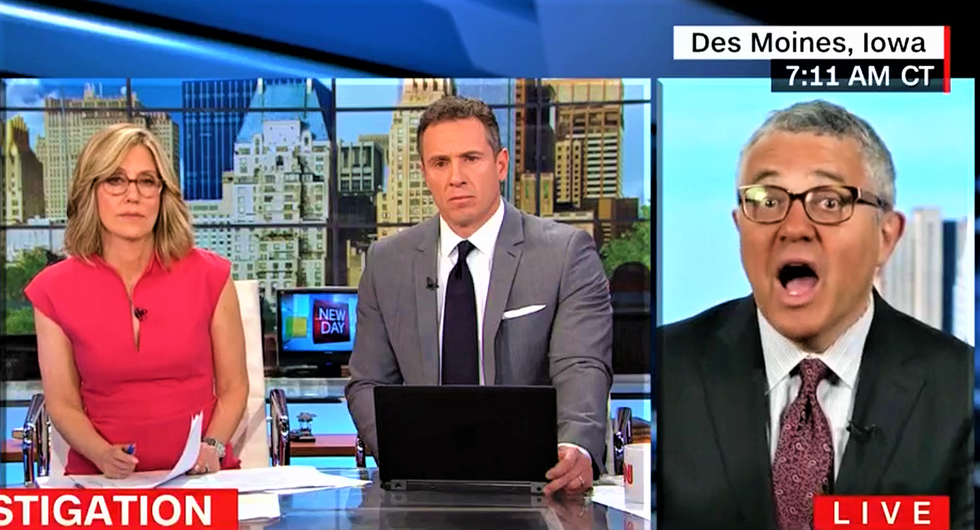 CNN legal analyst Jeffrey Toobin began by saying that although it's not illegal for Cohen to sell his access to the president, it is unethical and will likely open him up to further questioning about his activities.

That didn't mean Cohen was out of hot water, Toobin then explained, because he used the same LLC for corporate access cash to also pay off women who allegedly had affairs with Trump.

"That's hardly the end of the story given [Trump and Cohen's] record of credibility and the fact that this account was used so extensively, it turns out, by Cohen, raises more questions about where the money came from," Toobin said.

Host Chris Cuomo pointed out that Cohen's company, Essential Consulting LLC, didn't even meet the classic definition of a shell company since Cohen seemed to use it as an all-purpose vehicle for funneling money and not as a company set up for one specific illicit purpose.

"It's being called a shell company -- it ain't a shell company," he said. "It clearly wasn't established just for Stormy Daniels because he's had millions of dollars go through it from all kinds of corporate clients."