WATCH IT: Democrat starts off campaign ad with 'F**k the NRA' 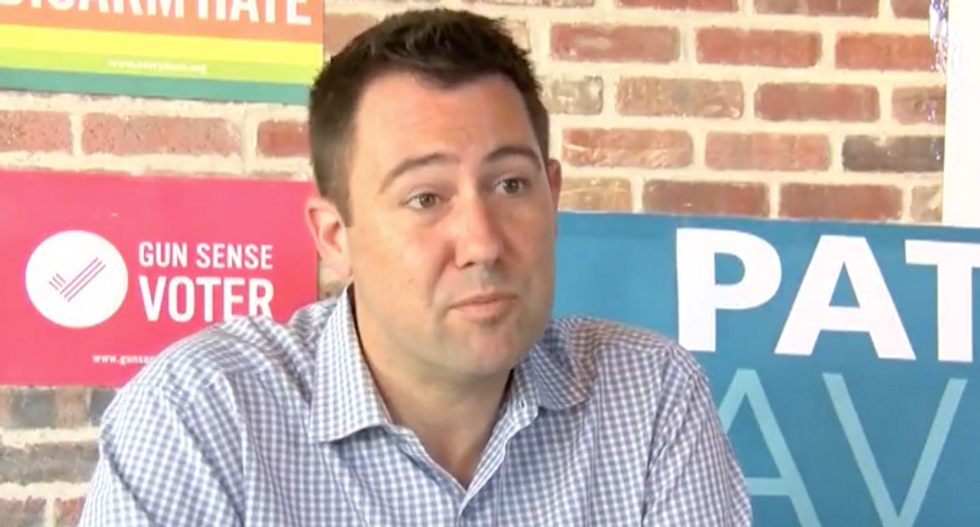 Pat Davis, an Albuquerque City Councilor, dropped an F-bomb in his latest political congressional ad this week. Davis is campaigning for the Democratic nomination in New Mexico’s 1st Congressional District.

Davis foul language was directed towards the NRA. At the beginning of his 15 second commercial he says: "F*** the NRA. Their program policies have resulted in dead children, dead mothers and dead fathers. I'm Pat Davis and I approve this message because if Congress won't change our gun laws, we're changing Congress."

Davis told KRGE News that he does not regret what he said and thinks it's time for people to stop playing nice.

"I think the only people who are going to be offended are the NRA," Davis said. "Being polite hasn't gotten us anywhere, so maybe it's time to do something different."

"You only see these Hail Mary attempts among candidates who are really desperate at this point in a race," Political Science Professor Gabriel Sanchez said. "That's where you see attack ads that are much more aggressive, that's where you see these kind of out-of-the-box approaches is really when candidates know, 'I've got to make up some ground. I'm running out of money and I'm running out of time.'"

One viewer said they agree with the message so the language is not important. They said: "I don't care if he cusses on TV. It's fine. It's appropriate for the situation."

The News Director issued a statement saying that it is against the law to change or alter the content of a political ad, but that the station ran a censor message before playing the ad on TV.

"We received a request for air time from a legitimate federal candidate for office, and according to federal election rules we are required to give him the same access as his opponents. This station, by law, is not permitted to censor or in any way edit this commercial. What we can control however, is the 15 seconds of air time preceding it, which we will use to warn the viewer of a possible offense, disclaim our own views, and cite the federal laws imposed on candidates and tv stations."