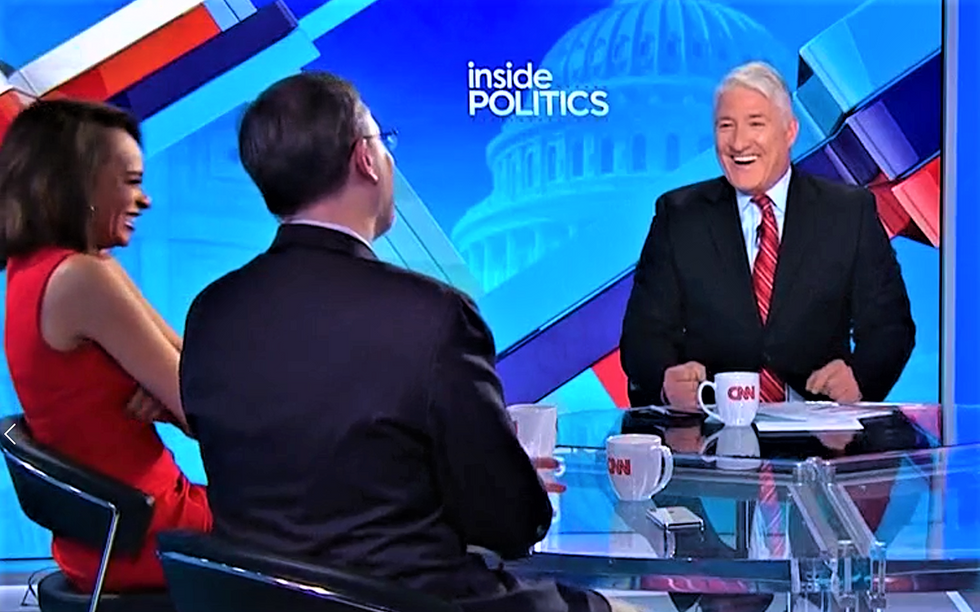 In particular, the panel cracked up when host John King recapped a report in The Atlantic about a Pruitt aide giving reporters dirt on a fellow Trump cabinet member, Interior Secretary Ryan Zinke, as a way to distract from his own boss's numerous scandals.

"I mean, come on!" King said before he and the entire panel started laughing hysterically.

"This guy has, like, nine lives!" exclaimed CNN reporter Caitlin Collins. "None of these scandals will make him lose his job!"

Wall Street Journal reporter Michael Bender then said that Pruitt would have been fired by basically any other administration at this point -- but he said that top GOP donors have been telling the White House to stick with Pruitt because they love the work he's doing.

King replied that this nonetheless makes a mockery of Trump's campaign promises to end corruption in Washington DC.

"It makes the 'drain the swamp' thing just beyond laughable," he said. "Only in Donald Trump's America."