WATCH: Four cops brutally beat mentally ill black man who is wearing nothing but a blanket 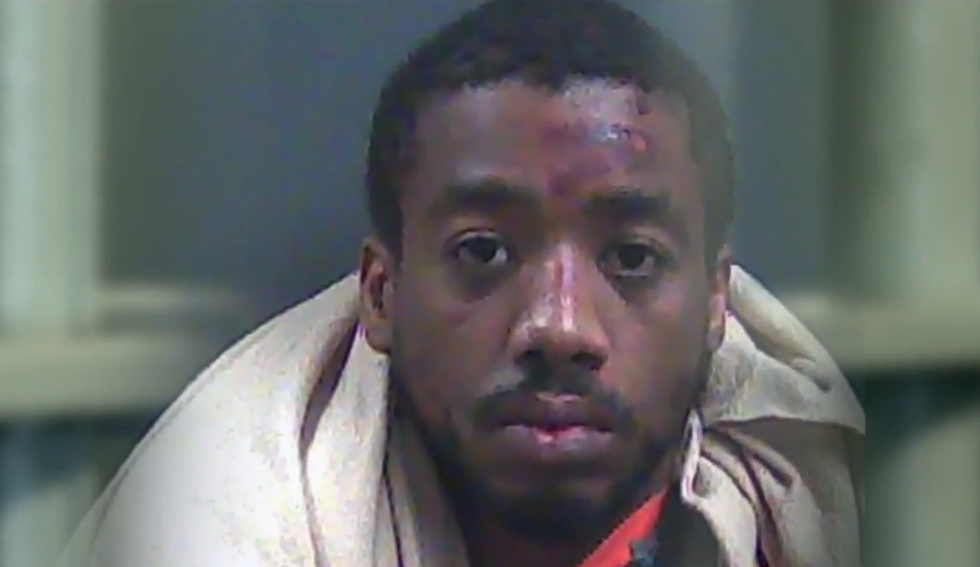 Two black parents in Indiana are angrily demanding answers from their local police department after a video showed officers brutally beating their son during a violent arrest.

Local news station CBS 4 Indy reports that a newly released video shows police officers in Marion, Indiana beating 29-year-old Arrington Barber, a local resident who has been clinically diagnosed with schizophrenia. Specifically, the video shows officers repeatedly hitting Barber despite the fact that they had successfully restrained him and had him pinned to the ground.

"They’re beating him down like he’s a dog," James Barber, Arrington's father, tells CBS 4 Indy. "It's disgusting, I mean it's disgusting."

Michele Davis, Arrington’s mother, tells the station that she is appalled that officers would treat anyone like this, let alone someone who has for years suffered from a serious mental illness.

"You can’t just beat him and treat him any kind of way because he’s not right in his mind," she says. "I don’t know what he might have said that would cause anybody to strike him like that. I’m lost. I really am."

The video does not show what the 29-year-old Barber did before the officers started to beat him, although he has now been charged with resisting law enforcement, public indecency and public nudity, as he was wearing nothing but a blanket at the time of his arrest. According to CBS 4 Indy, he has no history of charges for violent crimes.

The Marion Police Department says that it is "looking into" the incident, which was caught on camera by a bystander.

Watch CBS 4 Indy's report on the incident below.