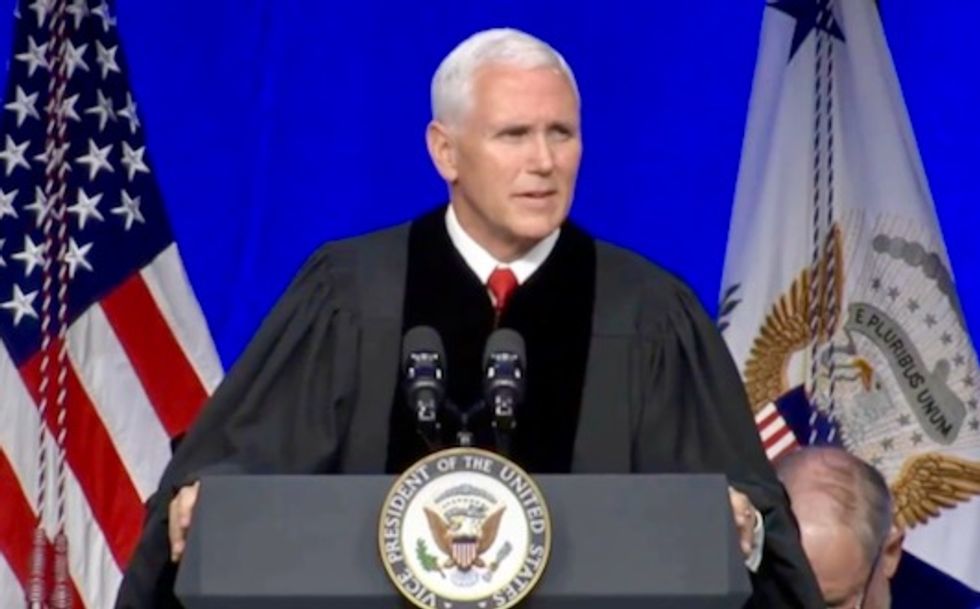 "Faith in America is rising again because President Trump and our entire administration have been advancing the very principles that you learned here in the halls of Hillsdale College," Pence said. "The principles that have always been the source of America's greatness and strength."

Hillsdale happens to have major ties to the family of Betsy DeVos. The  college "considers itself a trustee of our Western philosophical and theological inheritance," according to its website. The Education Secretary and her brother, Erik Prince, are graduates of the school. Prince, the founder of the Blackwater security services company, sits on its board. He has been questioned by Special Counsel Robert Mueller.

Pence also made other questionable claims – even claims that seemed to be at odds with other remarks in his own speech.

"Faith has always been the wellspring of hope for millions of Americans, and from our Founding, faith has been the foundation of our freedom, and religion essential to our republic," the Vice President said.

"The percentage of Americans who live out their religion on a weekly basis – by praying, going to church, and reading and believing in the Bible – has remained remarkably consistent over the decades, even as the population of the United States has grown by leaps and bounds," he claimed.

Pence also told the students that on a per capita basis, Americans are four times as religious as they were when the country was founded.