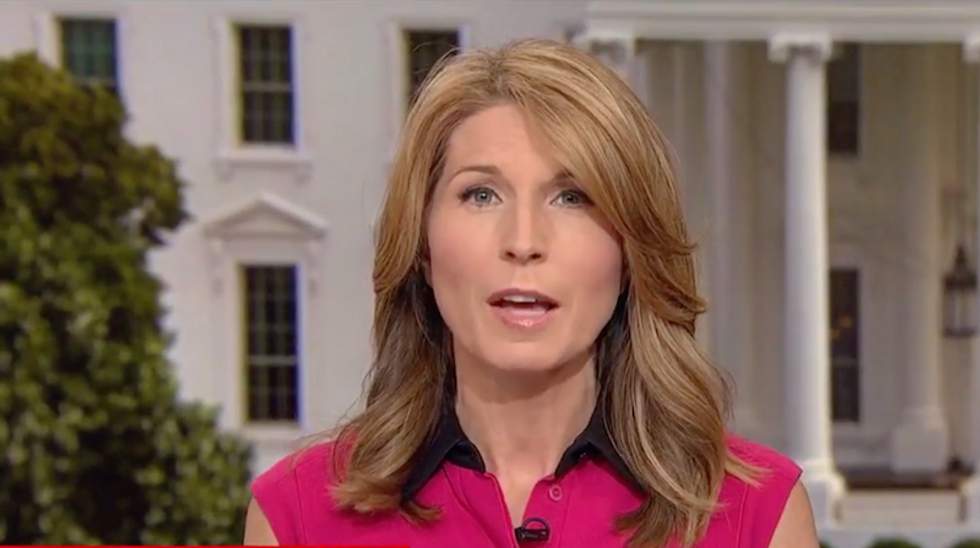 Everyone is talking about racist Roseanne today, and that includes MSNBC host Nicolle Wallace who opened her Tuesday show with a panel discussion of the show's cancellation.

"A show that President Trump once described as a show that was 'about us,' his voters, the men and women he often refers to in tweets and speeches as 'the forgotten men and women,'" Wallace said.

The first guest to answer was Princeton professor Eddie Glaude, who drew parallels between Trump's success with racism and what we saw from Roseanne.

"It's easy to condemn and it's easy for folks to reflect their own moral standing, their own anti-racism by condemning it," he said. "It's harder to ask ourselves the question why was she rewarded in the first place? People knew Roseanne's positions. This is just the accumulation of several racist and bigoted statements. Yet she was rewarded with the show. You think about Donald Trump—his political career began in some ways with birtherism. He was rewarded after talking about Mexicans as rapists and the like, rewarded with the presidency."

So if Roseanne is "about us" and "us" is racist, what does that mean, Wallace wondered.

"What does today's news sound like to the ears of the people about whom the show was described by the president as being about?" Wallace asked her next guest, Jason Johnson, politics editor at The Root.

He said that Roseanne's bigotry could not be tolerated economically.

"I'll be honest with you: From a pure cultural standpoint, I never liked Roseanne. I didn't like it when I was a kid because I grew up next to people like the Connors in the Midwest, and they weren't that nice," he said. "I thought the romanticization of the attitudes she had was unpleasant... ABC recognized, wait a minute, there isn't a market for this kind of behavior anymore. There will be consequences for us. There will be boycotts. There will be people who don't want to watch our channel."