Watch: Suspended white student whines he tore down Black Lives Matter poster because he 'felt violated by it' 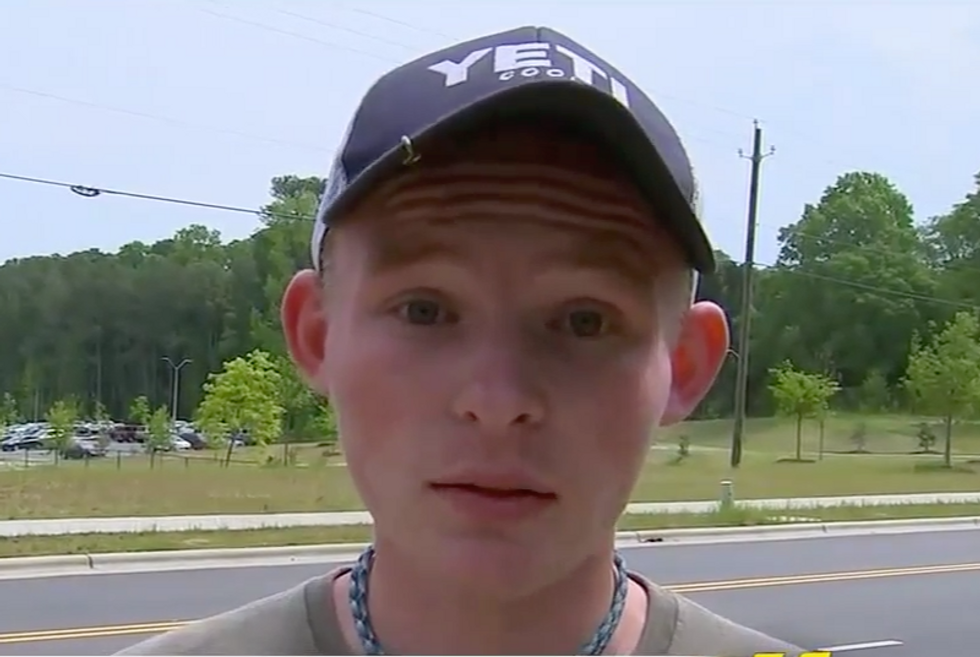 This guy tore down the artwork of other students about police brutality today. Artwork that had been approved by th… https://t.co/ViQ6AXACyF
— big bod jen (@big bod jen)1525820650.0

Mason Stewart, 16, said he complained for weeks to teachers and faculty that he found the poster offensive.

The artwork was approved by the school. Despite this Stewart took matters into his own hands, which led to his suspension.

"It was very offensive and it's pointing fingers to cops, and more likely white officers," Stewart said. "And I have a lot of respect for officers because their job is not easy."

Chavis Coachman, a student at the school, said Stewart's act was racially insensitive.

The principal said that defacing school property would not be tolerated.