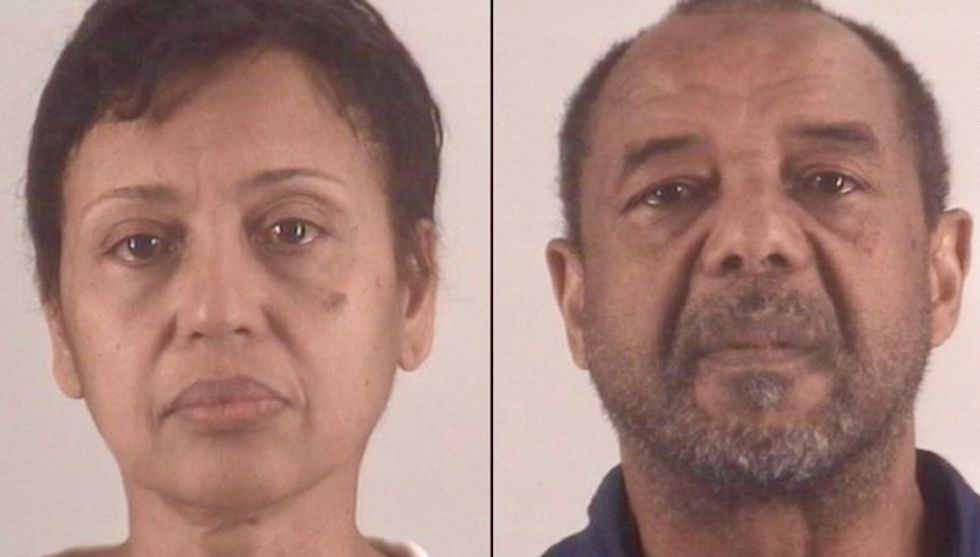 A politically connected Texas couple who allegedly brought a girl from a village in their native Guinea and kept her as a slave is free on bond, reports the Fort Worth Star-Telegram.

The girl was given no education or payment while doing work for the family, prosecutors say. They allegedly also took her passport and forced her to overstay her visa. "They further isolated her from her family and others and emotionally and physically abused her," according to the charges.

Mohamed Toure and Denise Cros-Toure are charged with forced labor and facing up to 20 years in prison. Mohamed Toure is the son of Guinea's first president.

Prosecutors had said they wanted to keep the family in prison because they are a flight risk. The couple became permanent U.S. residents in 2005. They do not work but live in a $590,000 home, court records show, and their main source of income is about $200,000 a year deposited into their back accounts from overseas.

At the hearing, the Toures' oldest daughter—who is an adult but who the judge that turned them loose asked not be named—called the girl a "cousin," though she is not related to them by blood or marriage.

"They love us," the daughter testified. "I believe my father to be a good man, my mother a good woman."

This appears to be the defense strategy. Scott Palmer, Denise Cros-Toure's attorney, said that the children will be witnesses who defend their parents.

"It's one source," said Palmer. "We had five witnesses±the Toures' children—and they say it didn't happen."

The girl had been on the government's radar since April 2002, when Southlake police found her in a city park "wearing dirty unkept clothing" and "very visibly scared and nervous," according to a police report. She has ben told that she's five years younger than she is, prosecutors say.

"We look forward to amassing a mountain of evidence to refute the government's portrayal of our clients," Palmer said. "And look forward to revealing the motivation of this woman to lie, betray, and attempt to destroy the family that took her in at the request of her father for a better life in the United States."