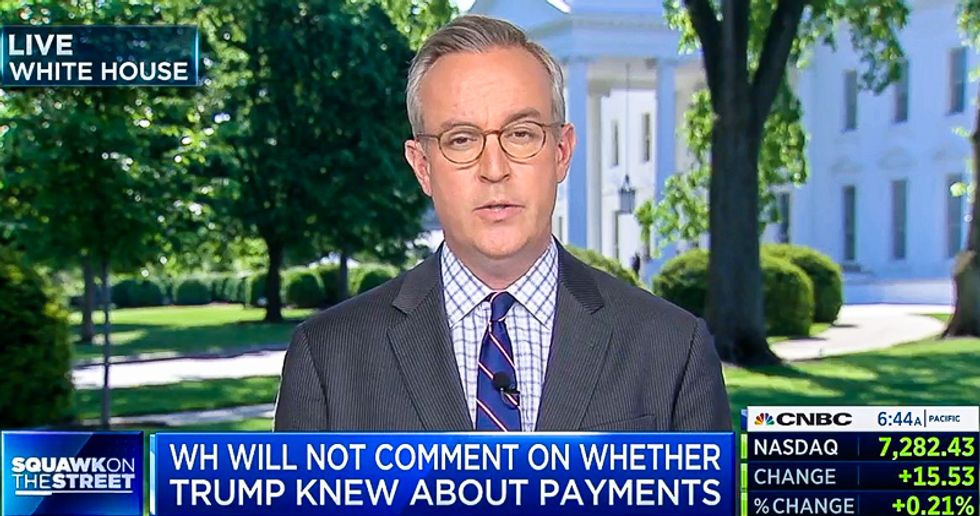 The White House on Wednesday reportedly declined to say if President Donald Trump was aware of payments to his attorney, Michael Cohen, by a number of companies, including a firm linked to Russian oligarch Viktor Vekselberg.

CNBC correspondent Eamon Javers said that he was rebuffed by the White House communications team after he asked an official to respond to a report from attorney Michael Avenatti claiming that Cohen received hundreds of thousands of dollars from Columbus Nova, which is run by the cousin of Vekselberg.

Avenatti, who represents adult film star Stormy Daniels, also alleges that millions were paid into Cohen's account by companies like AT&T and Novartis after Trump won the 2016 election.

White House will not answer a question about whether President Trump knew of payments to Michael Cohen from AT&T, N… https://t.co/7zQFtfLYkN
— Eamon Javers (@Eamon Javers)1525870165.0