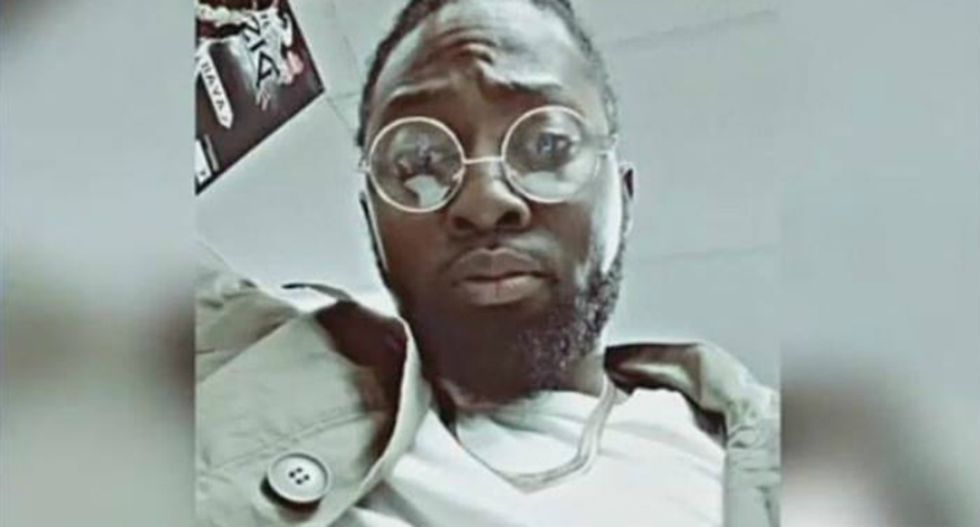 An 18-year-old white man bragged on social media about hitting and killing a black man with his car — and according to police, his "morally wrong" comments don't violate any laws.

Alexandria, Louisiana's KALB noted that it was 31-year-old Sherell Lewis Jr.'s birthday when Matthew Martin struck him while he was apparently cleaning up trash on the side of the road so motorists wouldn't hit any of it— an act Leesville Parrish Sgt. James Anderson called a "good deed." After the 18-year-old hit Lewis, known to family and friends as Rell, the man died en route to the hospital.

In Snapchat messages to friends after the accident, Martin joked that he hit and killed "some n*gger." His friends asked him later if his car was OK, and the Hineston, Louisiana man went on to make another joke about killing Lewis.

"I feel bad for the family and all," a Snapchat message purported to be from Martin reads, "but now I gotta buy a new windshield a whole bunch of other stuff."

According to Vernon County Parrish Sheriff Sam Craft, the posts about the incident that occurred in his jurisdiction are "appalling," but do not violate any known criminal code.

"I am appalled at the content of the social media messages that were posted after the incident," Craft said. "This post is unacceptable and has no place in our society. The inflammatory words that were used were morally wrong. I have the utmost confidence in the Louisiana State Police and their ability to thoroughly investigate this incident."