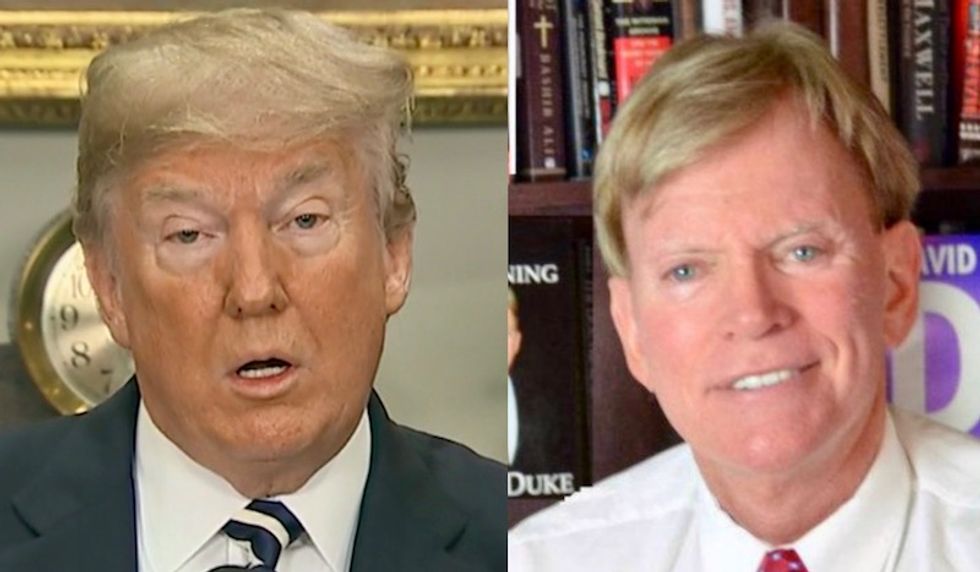 Before Donald Trump ran for president, former Ku Klux Klan grand wizard and outspoken white nationalist David Duke was the most notable advocate for building a wall on the Mexican border.

Spike Lee is making a movie that features Duke, where the Holocaust denier and extreme racist will be played by Topher Grace from That 70s Show.

Grace was asked about the character, and referenced Duke suing Trump for taking his slogans.

Duke said he will come after Trump if he "fails to stand up to the Zio Deep Swamp State who wants to destroy our nation and destroy him... We want what you promised us!"

Trump and Duke have a complicated relationship. Duke has praised Trump, especially for things like his defense of the white nationalists who held a deadly rally in Charlottesville. Trump, meanwhile, has denied knowing who Duke is. Trump repudiated Duke’s endorsement after asking an interviewer if doing so "would make you feel better." Donald Trump's father attended a KKK rally in New York and was arrested there, though it is unclear whether he formally joined the group.