Whoopi Goldberg calls BS on Trump doing anything for black Americans: No one 'in their right mind' believes that 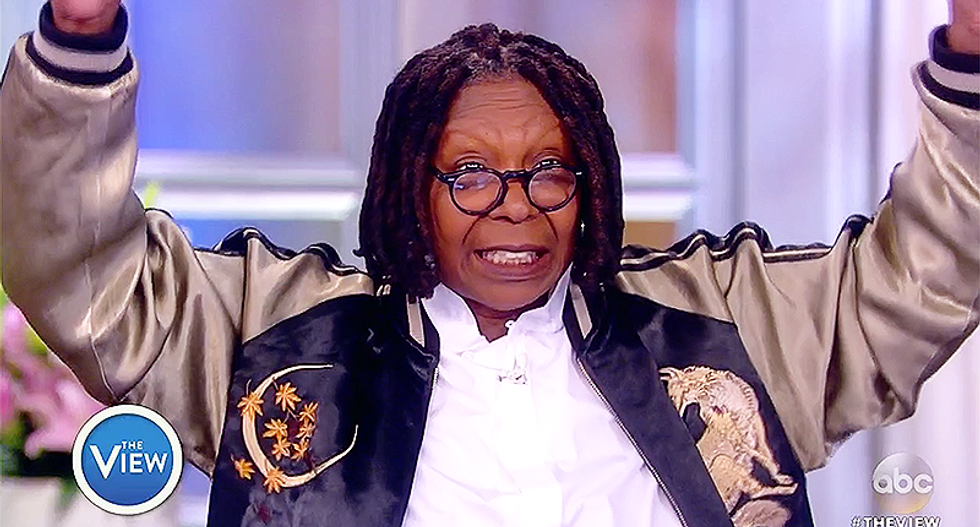 President Donald Trump cited a questionable poll at the NRA convention Friday as he celebrated his recent endorsement from rapper Kanye West. Trump's support among people of color has been significantly lower than previous Republicans before him.

"Kanye West must have some power because you probably have saw I doubled my African-American poll numbers. It went from 11 to 22 in one week," he told the crowd. "Thank you, Kanye!"

Trump lost the African American vote with 8 percent compared to opponent Hillary Clinton's 89 percent. Now, Trump somehow decided that number expanded to 11 percent. Now, he's citing a poll claiming it has doubled thanks to West. The poll, however, surveyed a very small sample of people who volunteered to answer the poll.

The Reuters/Ipsos poll showed Trump's approval with black men — not black Americans, at 22 percent. The poll used a "non-probability online sample," according to the Washington Post. It's a "methodology that a 2014 Pew Research study found doesn't necessarily accurately represent African Americans," the report explained.

Monday's episode of "The View," had nearly all of the women on the panel laughing at the absurdity.

Co-host Joy Behar had a conspiracy theory that they didn't survey black people, instead they surveyed everyone about what African-Americans think.

"It could have been white people that said, 'Yes. black people are happy now,'" she said.

Guest-host Amanda Carpenter noted the controversy is more that the people who participated in the poll were only those who opted in, instead of people who weren't Trump supporters before but switched.

Co-host Sunny Hostin said that even if it were true, the idea that Trump has somehow done a lot for the African-American community is a joke.

"I don't think anybody in their right mind would point to anything," Goldberg said.

"That's the thing, you have some conservative commentators and pundits saying that the unemployment rate is lower now in the African-American community," said Sunny Hostin. "Which it's really the same under [former President Barack] Obama, of course."

She went on to note that if Trump cared so much about the African American community it would probably be reflected in the way the White House behaved with staffers.

"Do you think the Trump administration cares about the African-American community?" she continued. "Because if you look at his recent White House intern picture, I didn't see too many people of color up in there. So, it just seems to me he is not necessarily giving African-Americans more opportunities. Even within his own administration."

Carpenter said that she doesn't think Trump cares one way or another, but he has a list of things he wishes he could say in public. Her example was that Trump wants to claim "I saved the DREAMERS," and that his huge ego likely also wants to claim he "saved black people."