WSJ rakes Trump over the coals for Stormy Daniels lies: ‘Americans will stop believing anything he says' 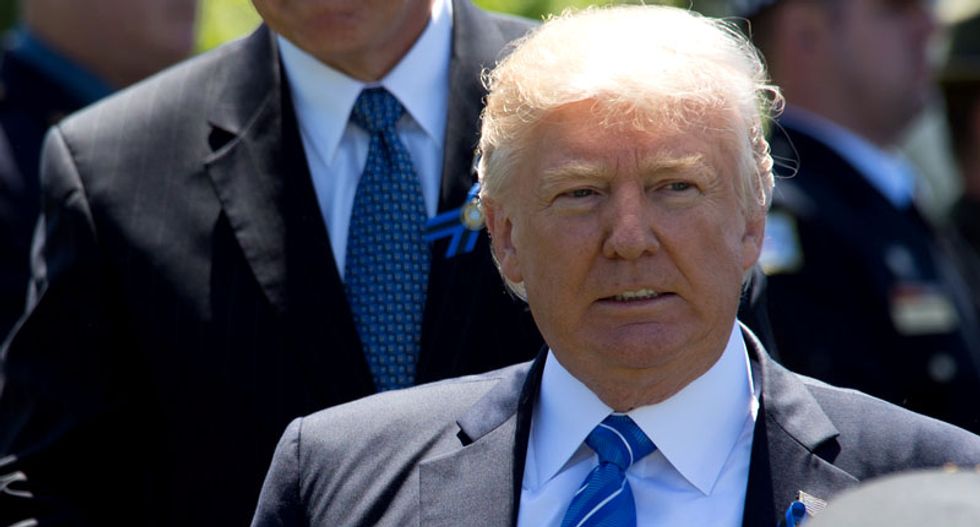 The right-wing Wall Street Journal editorial page raked President Donald Trump over the coals for his handling of the Stormy Daniels mess -- and it said he risked completely destroying his credibility with American voters.

Writing about the latest revelations that Trump reimbursed attorney Michael Cohen for paying off Daniels during the 2016 presidential election, the editorial board slammed Trump for repeatedly lying about what he knew about the hush payments.

"Mr. Trump’s public deceptions are surely relevant to his job as President, and the attempted cover-up has done greater harm than any affair would have," the editors write. "Mr. Trump asked Americans, not least his supporters, to believe his claims about the payments. They were false and conveniently so in putting the onus on Mr. Cohen. Now, as more of the story has emerged, he wants everyone to believe a new story that he could have told the first time."

"Mr. Trump is compiling a record that increases the likelihood that few will believe him during a genuine crisis—say, a dispute over speaking with special counsel Robert Mueller or a nuclear showdown with Kim Jong Un," they conclude. "Mr. Trump should worry that Americans will stop believing anything he says."