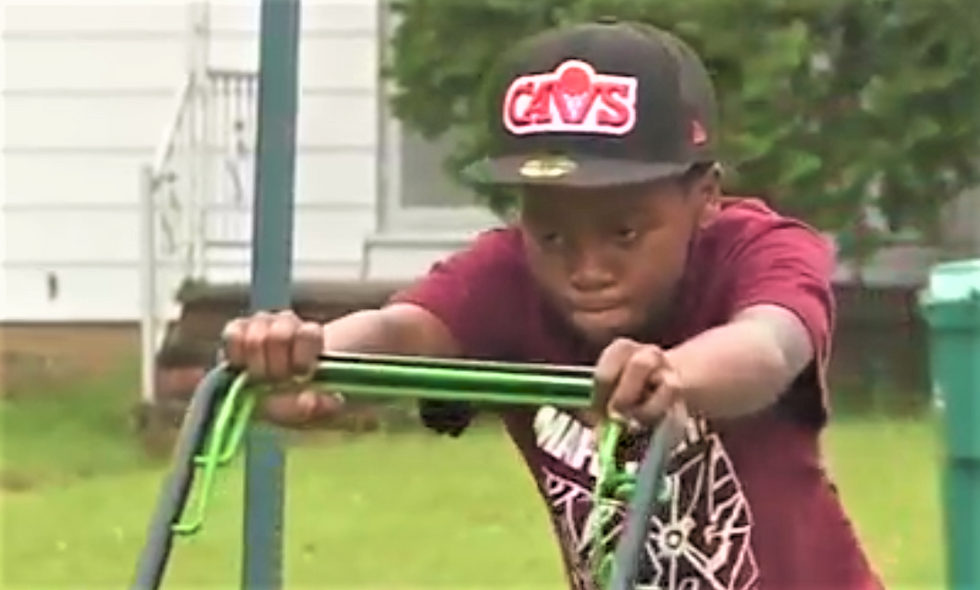 A 12-year-old black child had the police called on him simply for mowing the lawn as part of his summer business.

News 5 Cleveland reports that 12-year-old Reginald Fields was mowing the lawn of Lucille Holt, a resident of Maple Heights, Ohio, when suddenly police officers pulled up near where he was working.

The police were on the scene because Holt's neighbors had called 911 and claimed that Fields had inadvertently cut some of the grass on their property and they wanted the police to come ask him to stop.

"They said I was cutting their grass," Fields told News 5 Cleveland. "I didn't know it!"

In a video about the incident posted on Facebook, Holt said that his neighbors had frequently called the police to complain about children in the area -- and she said they even called the police once because neighborhood children were having a snowball fight.

Even though Fields said he was initially discouraged that someone would call the cops on him for mowing a neighbor's lawn, he has been encouraged by the support that he has received from people in the community -- and he's even seen his business orders pick up after his story garnered media attention.

Watch the News 5 Cleveland report on this story below.