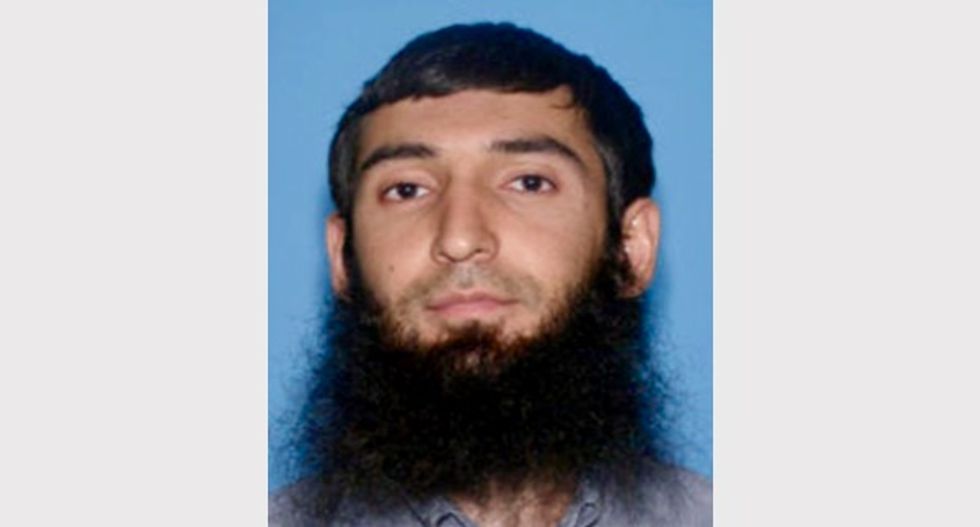 The Uzbek national accused of killing eight people by driving a speeding truck along a New York City bike path last October spoke of a “war” led by Islamic State at a pre-trial hearing on Friday and dismissed the court’s judgment as not important.

The statement by Sayfullo Saipov, a legal permanent resident of the United States, came at the end of a hearing at which U.S. District Judge Vernon Broderick set an Oct. 7, 2019, trial date in the case.

“The judgments that are made here are not important for me,” Saipov, 30, said through an interpreter. “They are not Allah’s judgments.”

Saipov continued speaking even after Broderick interrupted to remind him that anything he said could be used against him.

“The Islamic State, in order to impose sharia (Islamic law) on Earth, is leading a war,” Saipov said. He had previously told law enforcement that he was inspired by the militant group.

U.S. Attorney General Jeff Sessions has not yet decided whether to seek the death penalty against Saipov. Saipov’s lawyers have proposed a plea deal in which he would accept life in prison to avoid the death penalty.

Assistant U.S. Attorney Amanda Houle said at Friday’s hearing that Saipov’s attorneys are scheduled to meet with the U.S. Department of Justice on July 23 as part of the decision-making process on the death penalty. A final decision is expected by September, she said.

Saipov was arrested immediately after police said he plowed a truck down a bike lane on Manhattan’s West Side. Islamic State claimed responsibility for the attack, which was the deadliest assault on New York City since Sept. 11, 2001.

On Nov. 21, Saipov was charged in an indictment with eight counts of murder, 12 counts of attempted murder, one count of providing material support to Islamic State and one count of violence and destruction of a motor vehicle resulting in death. He pleaded not guilty on Nov. 28.

On Tuesday, a grand jury returned a superseding indictment adding six charges of attempted murder and charges of assault with a dangerous weapon in aid of racketeering. Saipov pleaded not guilty to those charges at Friday’s hearing.

Following the attack, Saipov told investigators he was inspired by watching Islamic State videos and began planning the attack a year earlier, according to a criminal complaint filed by prosecutors the day after the attack.