Aiming at Trump strongholds, Mexico hits back with trade tariffs 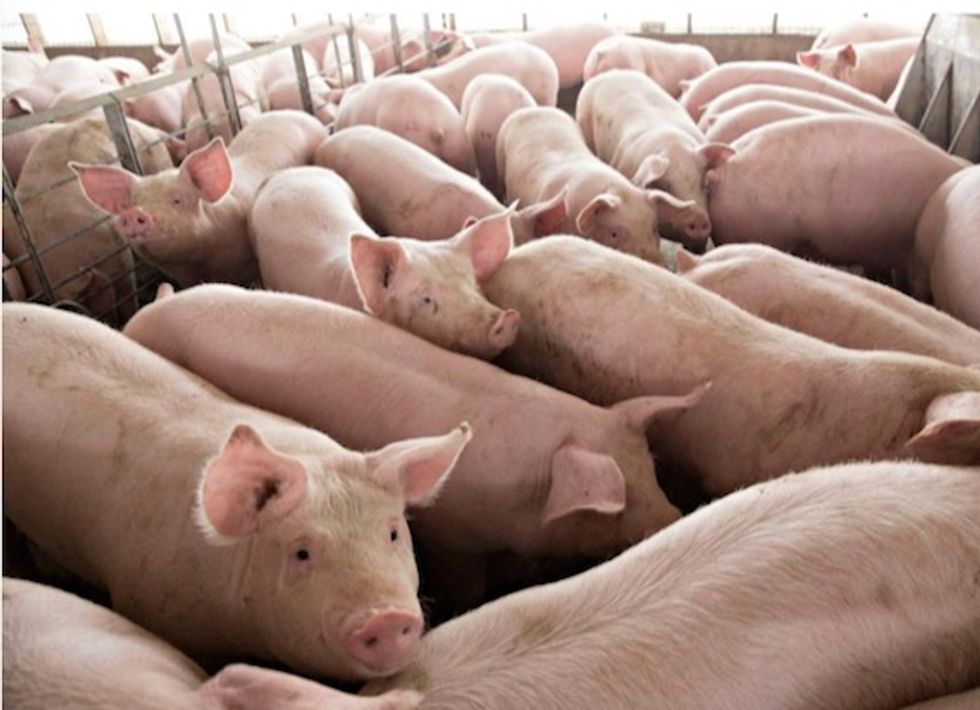 Mexico put tariffs on American products ranging from steel to pork and bourbon on Tuesday, retaliating against import duties on metals imposed by President Donald Trump and taking aim at Republican strongholds ahead of U.S. congressional elections in November.

Mexico’s response further raises trade tensions between the two countries and adds a new complication to efforts to renegotiate the NAFTA trade deal between Canada, the United States and Mexico.

American pork producers, for whom Mexico is the largest export market, were dismayed by the move.

Trump last week rattled some of the closest U.S. allies by removing an exemption to tariffs on imported steel and aluminum that his administration had granted to Mexico, Canada and the European Union.

Meanwhile, Trump economic advisor Larry Kudlow revived the possibility on Tuesday that the president will seek to replace the trillion dollar North American Trade Agreement (NAFTA) with bilateral deals with Canada and Mexico, something both countries say they oppose.

Following news of the new Mexican tariffs, which take effect immediately, the peso MXN=MXN=D2tumbled to its weakest level since February 2017, making it one of the worst performers among major currencies.

Mexico’s retaliatory list, published in the government’s official gazette, included a 20 percent tariff on U.S. pork legs and shoulders, apples and potatoes and 20 to 25 percent duties on types of cheeses and bourbon.

Mexico’s trade negotiators designed the list, in part, to include products exported by top Republican leaders’ states, including Indiana where Vice President Mike Pence was formerly governor, according to a trade source familiar with the matter. Bourbon-producing Kentucky is the home state of Senate Majority Leader Mitch McConnell, a Republican.

The new tariffs could also have political implications in some hotly contested races as the Republicans seek to maintain control of both chambers in Congress in November’s election, illustrating the potential perils of Trump’s aggressive efforts to set right what he sees as unfair trade balances with allies and rivals.

Iowa, where one incumbent Republican representative, Rod Blum, is seen as vulnerable, is an example of a place where Trump’s party could be hurt. The state is the top pork producing state in the United States and Mexico is its main export market by volume.

“We need trade and one of the things we’re concerned about is long-term implications that these trade issues will have on our partnerships with Mexico and Canada and other markets,” said Iowa Secretary of Agriculture Mike Naig, a Republican.

“If our customers around the world start going to other parts of the world for their supplies, that is a serious problem,” he said.

The president of the U.S. National Pork Producers Council, Jim Heimerl, said Mexico accounted for nearly 25 percent of all pork shipments last year, adding that “a 20 percent tariff eliminates our ability to compete effectively in Mexico.”

“This is devastating to my family and pork producing families across the United States,” said Heimerl, a pork producer from Johnstown, Ohio.

In Minnesota, about 14 percent of the state’s $7.1 billion of annual agricultural exports goes to Mexico, one of the state’s top export markets, said Matthew Wohlman, Minnesota Department of Agriculture deputy commissioner.

U.S. Senator Mark Warner, a Democrat from Virginia, called the new tariffs a “gut punch” to farmers in his state, who he said exported more than $68 million in pork to Mexico last year.

“The President’s trade war is going to cost Virginia ag jobs,” he wrote in a tweet.

Mexico announced its response to Trump’s move last week but it did not provide details of tariff levels or a full list of products at the time.

The United States and Mexico do $600 billion in annual trade and about 16 percent of U.S. goods exports go to its southern neighbor. However, the Mexican economy relies more on trade than does the U.S. economy, with about 80 percent of its exports sold to America.

The trade fights with Mexico and Canada are part of the Trump administration’s “America First” economic agenda, which has also put Washington on a collision course with China over trade.

Washington and Beijing have threatened tit-for-tat tariffs on goods worth up to $150 billion each, as Trump has pushed Beijing to open its economy further and address the United States’ large trade deficit with China.

The United States imposed tariffs of 25 percent on imported steel and 10 percent on aluminum in March, citing national security grounds. Last week Washington said it was ending a two-month exemption it had granted to imports from Canada, Mexico and the European Union.

The dispute with Mexico over tariffs makes it more difficult to conclude talks on renegotiating NAFTA between the three countries, discussions that began last year because Trump said the deal needed to be reworked to better serve the United States. Canada has also strongly objected to the metals tariffs.

The U.S. side has linked lifting its tariffs to a successful outcome of the NAFTA negotiations.

Separately, Mexico took steps on Tuesday to make it more attractive for other countries to send it pork by opening a tariff-free quota for some pork imports. Economy Minister Ildefonso Guajardo said his country would now “surely” look to Europe for pork products, used in many traditional dishes in Mexico.