Al Sharpton nails Trump for racist double standard: 'Would he even think about grabbing Canadian children?' 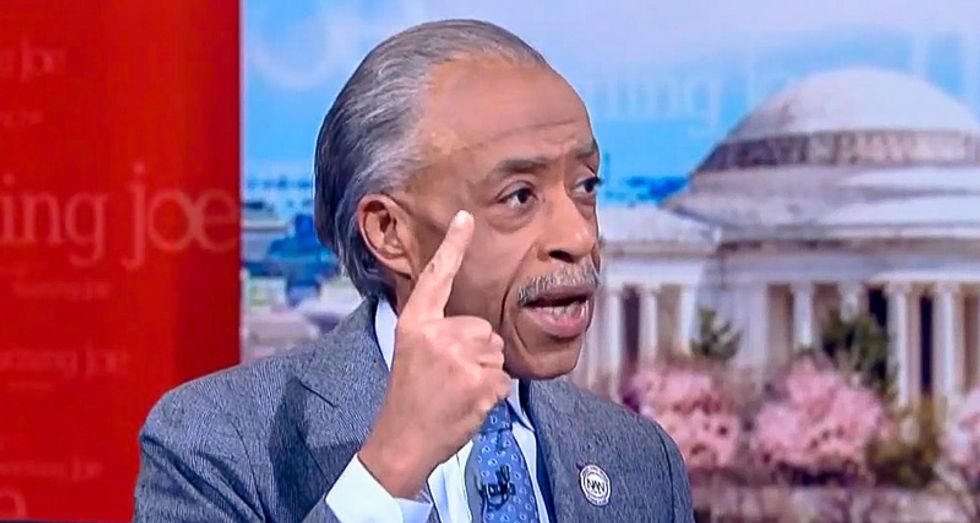 MSNBC host Al Sharpton on Monday suggested that President Donald Trump would not use his family separation policy on predominately white Canadian children.

While appearing on MSNBC's Morning Joe, Sharpton spoke about the president's "no tolerance" policy, which has outraged the world by separating thousands of immigrant children from their parents.

Sharpton, who is an ordained minister, said that he planned to protest at child detention centers in California and Texas.

"Gangsters, mobsters get clergy visits," Sharpton continued. "We want to see if they will deny them -- especially with a Bible-thumping attorney general -- will he deny us having prayer with kids that have been snatched literally from their mothers arms and will spend their life having remembered in their formative years they were imprisoned for not committing a crime, for being with their parents?"