Alex Jones has a public meltdown over Joe Rogan going globalist: ‘I’m coming for you!’ 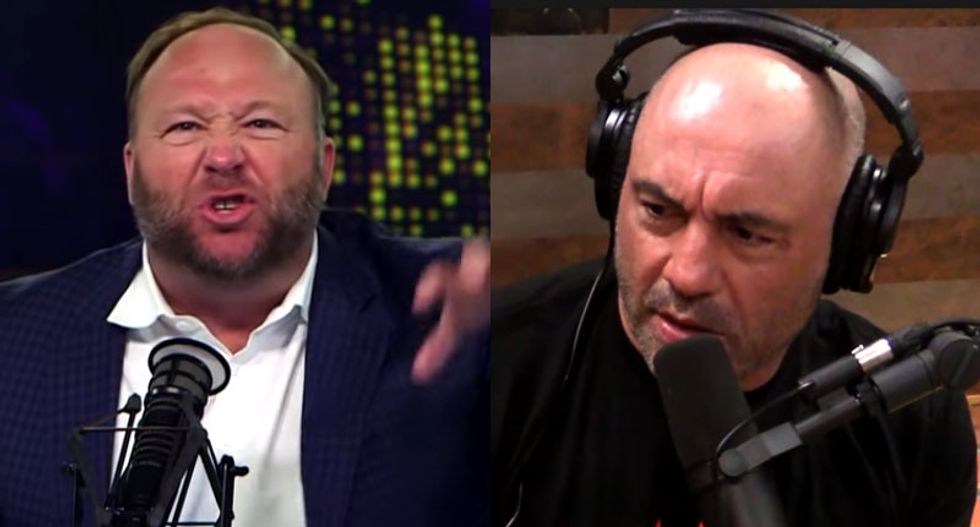 Conspiracy theorist Alex Jones fumed over Joe Rogan on Thursday, accusing the stand-up comedian and UFC commentator of being a pawn of the "globalists."

Jones was incensed that Rogan, who he considers a friend, had defended liberal billionaire George Soros.

On his popular podcast, Rogan had said Roseanne Barr was wrong to accuse Soros of collaborating with the Nazis.

“If it’s your decision to defend George Soros, then there’s going to be a whole new chapter to our relationship,” Jones said on his own show Thursday.

“Let me tell you something, Joe, they’re going to release bioweapons soon to try to stop Trump,” he later added.

Jones was also incensed that Rogan had criticized him for spreading conspiracy theories about Sandy Hook and the suicide of celebrity chef Anthony Bourdain.

"If you become Darth Vader, I'mma be Obi Wan Kenobi and I'm coming for you, buddy," Jones said.