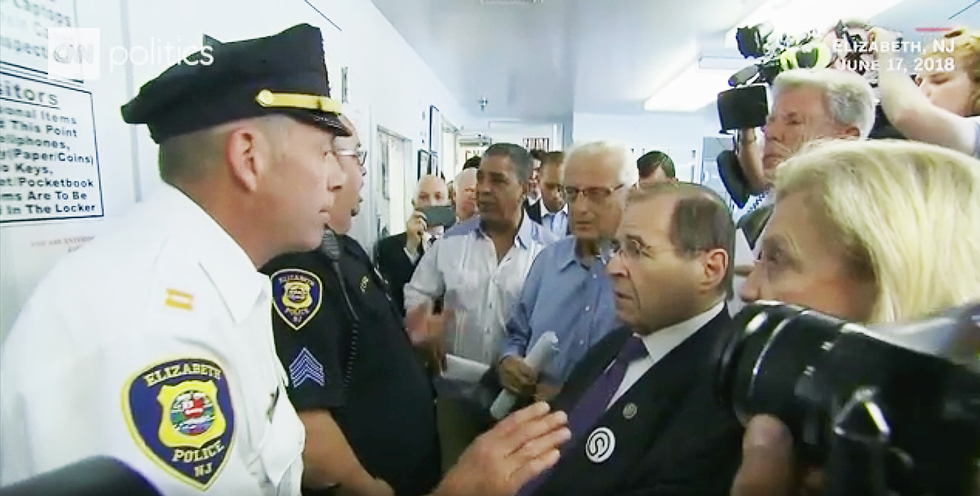 A group of angry lawmakers from New York and New Jersey went to an immigrant processing center in Elizabeth, New Jersey demanding answers on Sunday.

The Immigration and Customs Enforcement facility separated the ICE staff and lawmakers with plexiglass that they promptly banged on demanding to see a supervisor.

"Alright, this is phase two," a gray-haired lawmaker can be overheard saying, though his face is never seen.

The staffer then taped pieces of white paper on the plexiglass to block her face from the cameras.

"You did wrong. You were doing fine up until now. Now you did wrong. What is -- this is America. This isn't Moscow!" he shouted into the office behind the barrier.

Rep. Jerry Nadler (D-NY) is seen telling an officer that they've been waiting all morning and demanded to be let inside. The officer then tells the men they have to wait longer and they might be let inside. That didn't sit well with Nadler, who demanded entrance immediately.

Watch the incident unfold below via CNN: