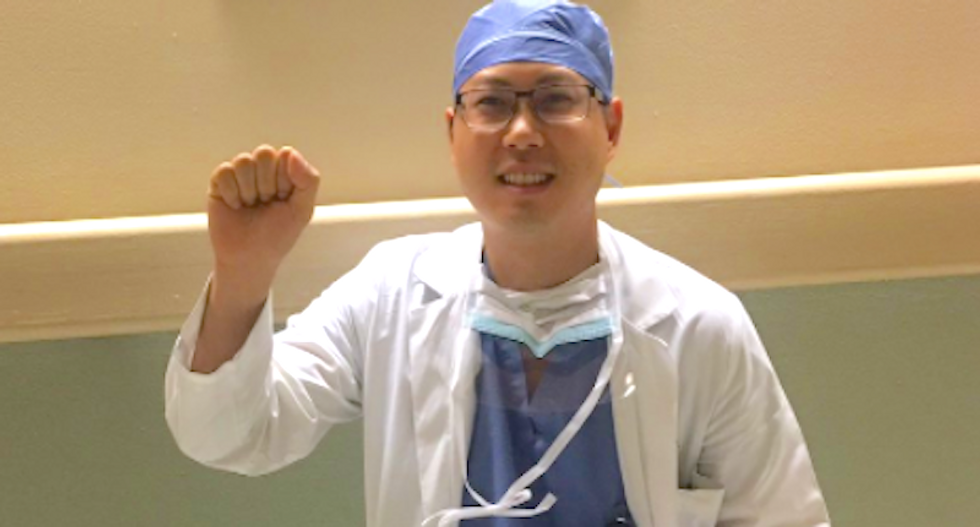 An outspoken Tennessee doctor who sued President Donald Trump and won, is losing his job at Vanderbilt University Medical Center, reported The Tennessean.

Dr. Eugene Gu, 32, was let go from his five-year residency after only two years. Gu claims his position on social justice issues caused the hospital not to renew his contract.

“The take-home message here is that there is an unwritten rule for surgical residents and that is rule is, always make your program look good and always make your hospital look good, and often that means stay silent,” Gu said. “But as an Asian-American physician, unlike a white doctor, I don’t always have the same luxury to stay silent."

"I don’t think Vanderbilt likes people to know that racism exists in these walls,” Gu said. "But we are living in an era now that is scary… especially in Nashville. Nashville is a little liberal, but its surrounded by very conservative areas, and that bleeds into the lives of minorities here.”

John Howser, a spokesperson from Vanderbilt has denied all claims of racially profiling against Gu.

"Regarding other allegations that Dr. Gu is making about the Medical Center, I would ask that you please consider these as allegations and nothing more," Howser said in a statement. "To date, we have not engaged in a point by point rebuttal of Dr. Gu’s many claims over the past two-plus years. At this time we will continue to maintain this stance."