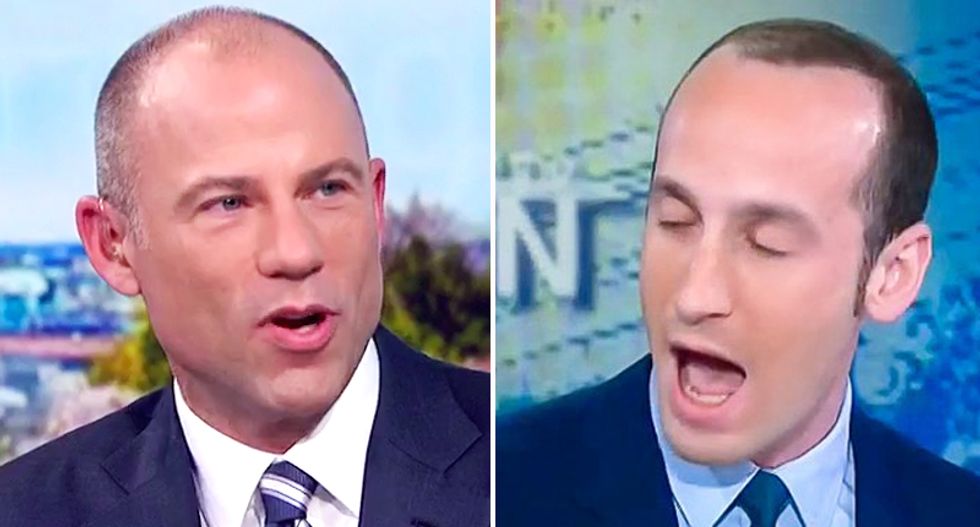 Michael Avenatti, the attorney for adult film star Stormy Daniels, took to Twitter on Sunday morning to offer the services of his law firm to help the families who have been ripped apart by the immigration policies of President Donald Trump's administration, resulting in children being held separately in detention camps.

Along the way, he took a shot at Trump policy adviser Stephen Miller, who bragged about being behind the detentions.

Avenatti, who later called into AM Joy on MSNBC to expand on his plans, tweeted: "If anyone knows of a parent that has had their child taken from them at the border and not returned, please have them contact me as I am entering this fight. This outrageous conduct must be brought to an immediate end. #Basta"

He later took his shot at Miller.

"Stephen Miller: Congrats, the separation policy that you sold to your boss Mr. Trump will result in images that will crater you both. We will ensure you will never escape them. In your fascist zeal, you forgot that mothers are mothers first, regardless of their politics. #Basta," he wrote.

If anyone knows of a parent that has had their child taken from them at the border and not returned, please have th… https://t.co/O1fGj6nVIg
— Michael Avenatti (@Michael Avenatti)1529241217.0