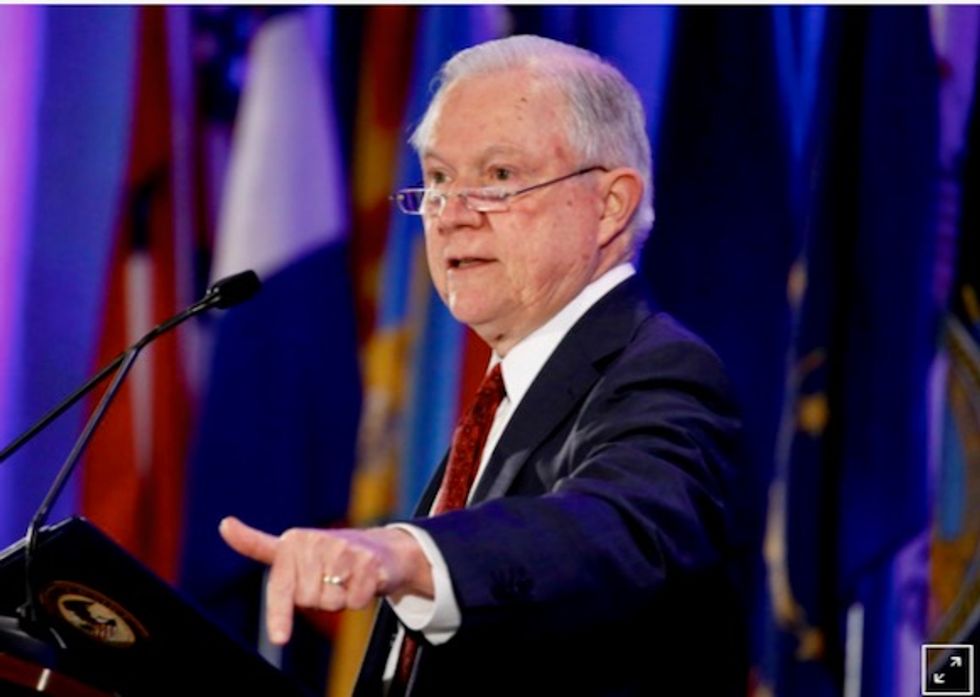 U.S. Attorney General Jeff Sessions on Monday overturned a grant of asylum to a Salvadoran domestic abuse victim, potentially excluding immigrants seeking refuge from sexual, gang and other forms of violence in their home countries.

The decision to refuse asylum to the Salvadoran woman, whose former husband raped and beat her for 15 years, narrows who can qualify for asylum when they become victims of criminal activity, as opposed to government persecution.

Sessions’ finding followed his unusual move to intervene personally in the case known as the “Matter of A-B-.” The woman, who is only identified by her initials, had won an appeal to the Board of Immigration Appeals, which had overturned a lower immigration court judge’s denial of her asylum petition.

“In reaching these conclusions, I do not minimize the vile abuse that the respondent reported she suffered at the hands of her ex-husband,” Sessions wrote in his order.

“I understand that many victims of domestic violence may seek to flee from their home countries to extricate themselves from a dire situation or to give themselves the opportunity for a better life,” he continued. “But the ‘asylum statute is not a general hardship statute,’” he said, citing an earlier immigration case.

An attorney for A-B, Karen Musalo, called the decision “devastating” and said it had been anguishing for her client.

“You have a woman who barely survived more than a decade of horrific violence, who finally feels that she secured safety ... and now she’s thrown into total turmoil again,” said Musalo, who directs the Center for Gender and Refugee Studies at the University of California Hastings’ law school.

The woman could still potentially appeal the case again to the Board of Immigration Appeals, then a federal appeals court and ultimately the U.S. Supreme Court.

“This is not just about domestic violence,” said Musalo. “What Sessions is doing is a broader, frontal assault on women’s’ rights.”

Michelle Brané, director of the Women’s Refugee Commission’s Migrant Rights and Justice program headquartered in New York, said, “Attorney General Sessions’ decision to limit the reasons why people can claim asylum is a devastating blow to families who come to our country seeking protection and safety.

“This administration continues to swiftly deconstruct America’s moral code and values by doing everything possible to limit access to asylum.”

“The Trump Administration’s inhumanity and heartlessness know no bounds,” Pelosi said in a news release. “Republicans in the White House have just condemned countless vulnerable, innocent women to a lifetime of violence and even death, just to score political points with their base.”

It was not immediately clear how many cases the decision could affect.

Unlike the federal judiciary system, U.S. immigration courts fall under the Justice Department’s jurisdiction, and the attorney general can intervene.

In immigration court, certain opinions published by the Board of Immigration Appeals, the highest immigration court, serve to set national legal precedent. However, as the United States’ chief law enforcement officer, the attorney general can intercede in its decisions to shape law.

Sessions has been unusually active in this practice compared to his predecessors by exercising his intervention authority to make it harder for some people to legally remain in the United States.

In making his determination, he declared that a decision in a 2014 case before the Board of Immigration Appeals, which allowed victims of gender-based violence to claim U.S. asylum, “was wrongly decided and should not have been issued as a precedential decision.”

He remanded the case of A-B- back to Judge Stuart Couch in Charlotte, North Carolina, for further proceedings.

An investigation by Reuters last year found that Couch orders immigrants deported 89 percent of the time.

Earlier this year, Sessions declared he would attempt to ensure that every person who crosses the border illegally would be prosecuted, and he has staunchly defended a new policy of separating women and children at the border, including those seeking asylum.

It’s early yet, but we may look back on yesterday’s hearing by the J6 committee as a major turn in the story of Donald Trump’s attempted coup on January 6, 2021. After hearing testimony from former White House aide Cassidy Hutchinson, J6 chair Bennie Thompson said:

Woody Allen says 'thrill is gone,' next movie may be his last

In a rare interview on Tuesday, filmmaker Woody Allen did not rule out Tuesday that his next movie, to be shot in Paris, will be his last, saying that "a lot of the thrill is gone."

The 86-year-old director and comedian, who fell from grace in the United States after his adopted daughter accused him of sexually abusing her as a child, spoke for about half an hour with actor Alec Baldwin on the latter's Instagram show.

Tennis's forgotten pathfinder Althea Gibson is given a voice

Althea Gibson's journey from poverty to becoming the first black person to win Wimbledon is the fulfillment of the American Dream but she remains shamefully unknown, the English playwright and actor who is playing her on stage told AFP.

Kemi-Bo Jacobs has tried to rectify that by writing and starring in a play, "All White Everything But Me", which is presently on at the Alphabetti Theatre in Newcastle, northeast England.