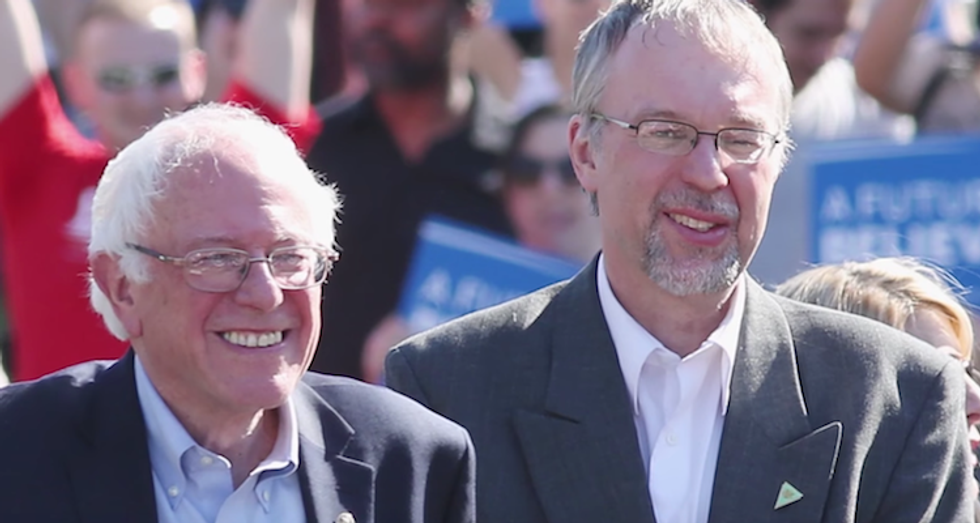 The Boston Globe reported Thursday that in spite of the elder Sanders' statement saying he is "very proud" of his son and his candidacy, many in the district Levi is running believe the senator isn't endorsing his son because he's running an "inept" campaign.

"His limited personal experience as a politician includes a bid for Claremont City Council about eight years ago," the report noted, "which he lost with a seventh place finish in a field of nine."

"Nobody I know is really considering Levi as an option," Burt Cohen, a former state senator that endorsed the elder Sanders but is backing one of his son's opponents, told the Globe. "No, it’s actually worse than that: I don’t hear anyone even bringing up his name. People aren’t sure why he is running. If Levi thought he could just transfer the enthusiasm from his father to himself, well he is learning that is just not happening at all."

“It is just silly what he is doing,” he continued. “The way to sum up how people feel about the campaign is the eyerolls you get when his name does, infrequently, come up.”

In the statement issued after Levi announced his candidacy, Sen. Sanders noted that his son has "spent his life in service to low income and working families, and I am very proud of all that he has done.

"In our family, however, we do not believe in dynastic politics," the senator continued. Levi is running his own campaign in his own way.”

The 49-year-old Senate candidate, the Globe's report noted, doesn't live in the First Congressional District in which he's running, and has to drive an hour from his home on the New Hampshire-Vermont border to get to it.