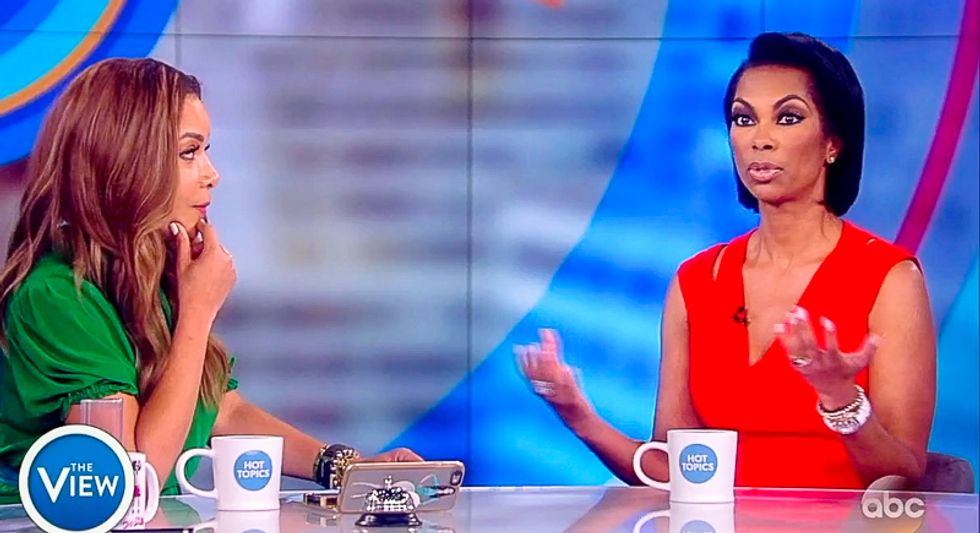 Fox News host Harris Faulkner on Thursday deflected a question about her "responsibility" to the black community and instead suggested that she had to cater to everyone because she has two biracial children.

During an appearance on ABC's The View, co-host Sunny Hostin noted that Faulkner had received criticism because she works for a network which does not always portray African-Americans in a positive light.

"Do you get flak from from the black community on your positions?" Hostin wondered.

"I get flak from everybody," Faulkner insisted. "Which is how I know I'm living my truth."

"Do you feel a certain responsibility to the black community?" Hostin pressed.

"I feel a responsibility to everyone," Faulkner replied. "Because my daughters are biracial."

The Fox News host pointed out that CNN and MSNBC do not have weekday anchors who are black women. Both networks, however, do have weekend shows hosted by black women.

"Sitting alone at as a person of color, as a black woman, I do have a unique position," Faulkner opined. "And sometimes people say things and it hurts."