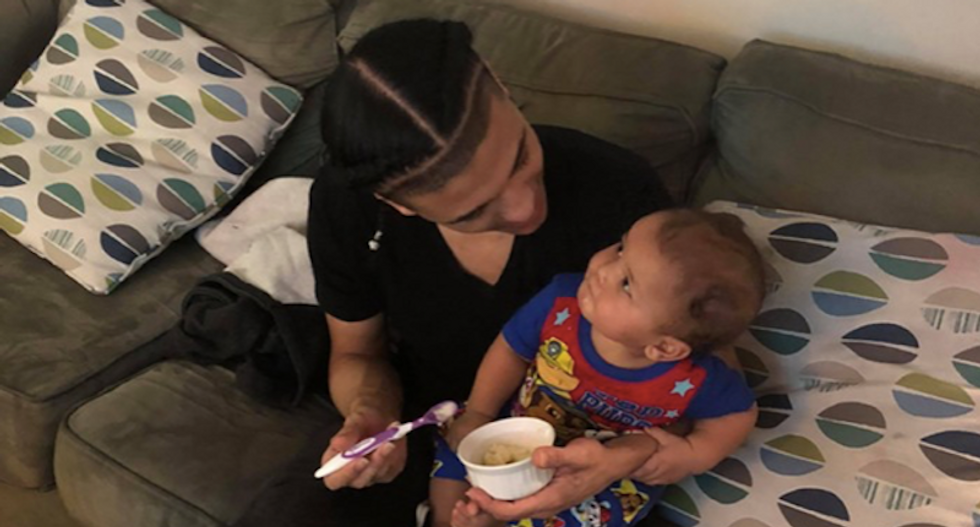 Virgil Adams with his son, Virgil Junior PORTLAND BAIL OUT

In February 2017, Virgil Lee Adams was arrested and charged with robbery and assault. In August, he was found not guilty, the Portland Mercury in Oregon reports.

Yet, he spent 16 months in jail on unrelated charges—even though he hadn't been found guilty of those crime, either.

While behind bars Adams missed the birth of his child, but the community rallied around to get him out in time for Father's Day, thanks to donations to Portland Bail Out, which paid his $10,000 bail, the Mercury reports.

"This case highlights the injustices of the cash bail system, a system that preys on people of color and the poor," said Gina Spencer of Portland Bail Out.

"On any given night in America, 450,000 people are in local jails without being convicted of a crime — the vast majority of whom are there solely due to financial hardship," they write. " That’s about the total number of people who live in Miami."

As is true of all segments of America's criminal justice system, poor people of color are the ones who suffer the brunt of the problem.

"These people are disproportionately of color, and for them, there are only two choices: Plead guilty to their charge, or sit in jail until backlogged court systems can hear their case — which can often take weeks or months. This isn’t how bail is supposed to work," they write.

The U.S. bail system is supposed to serve as incentive to ensure the accused makes their court appearance.

"It wasn’t intended to keep people in jail who couldn’t afford to pay," the Bail Project explains.